Snoop Dogg changes his name to Snoop Lion to reflect his newfound beliefs centered on the Rastafarian movement. 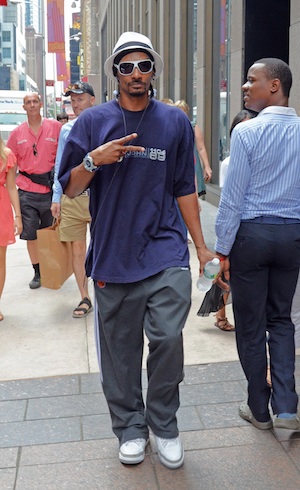 Snoop Dogg changed his name to Snoop Lion. The Associated Press says Snoop Lion was the result of the old Snoop Dogg’s trip to Jamaica in February 2012 after which the hip hop star realized the need for transformation.

Snoop Lion is a suspected reference to the Lion of Judah, a religious symbol in Judaism, Christianity and Rastafarian culture. In Rastafarian beliefs, the Lion of Judah specifically refers to Haile Selassie I, the emperor of Ethiopia from 1930 to 1974. It is believed that Selassie was a divine figure and the returned messiah from the Bible. The Rastafari movement rose in popularity in Jamaica while Selassie ruled Ethiopia.

Snoop Lion held a press conference in New York on Monday and told media outlets the desire to change his name from Snoop Dogg to Snoop Lion stems from being “born again” in Jamaica. “I feel like I’ve always been Rastafarian,” Snoop Lion said of the ideology and movement. His new album reflects the change in perspective. Titled “Reincarnated” it focuses on “music kids and grandparents can listen to.” He commented on his transformation: “As a 40-year-old man… I’ve got to give them something” he said. “That’s what you do when you’re wise.”

Snoop Lion’s new album is set for release in Fall 2012.