Michael Phelp is poised to become the most decorated champ in Olympic history. Did he manage to pull it off on Tuesday? 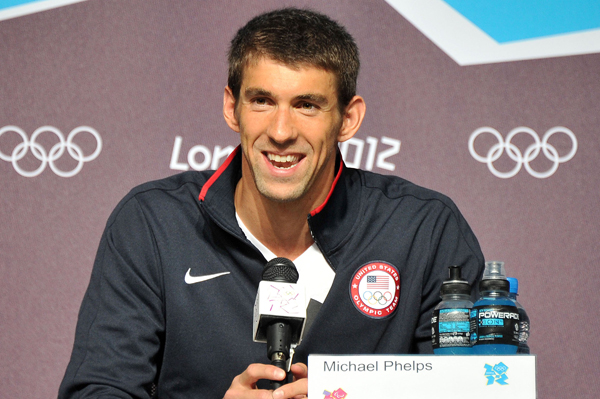 Ryan Lochte might be winning female hearts with his goofy personality, but Michael Phelps has managed to snag the record for most Olympics medals — 19 — with his silver and gold win on Tuesday afternoon.

The champion swimmer swam twice on Tuesday, in the straight 200m butterfly and the 4x200m freestyle relay. He earned a silver medal in the 200m with a heartbreaking last-minute defeat by South Africa’s Chad Le Clos. No matter: Phelps ended up snagging the gold in the 4x200m freestyle, taking him over the top in the Olympics medal records.

For those keeping track, Phelps has managed to snag 15 gold, two silver and two bronze medals during his three appearances at the Summer Olympic Games.

Breaking the record is a high point in Phelps’ otherwise laid-back approach to the London Games. He seems content to just ride out his last stint at the Olympics without the pressure he faced in 2008. He even chided reporters when they asked him about breaking the medals record.

Michael Phelps will answer to no one post-Olympics >>

“You guys are still stressing about it,” he said a day before the Games began. “I have times that I want to hit and things I want to do. That’s why I’m here. Obviously, we always want to swim faster.”

NBC will air Phelps’ record-breaking win on Tuesday night with coverage starting at 8 p.m. EST. He’s not the only highlight of today’s Games, though. Tune in to see:

Wondering what’s on tap for Wednesday? NBC will air coverage of:

We still have Olympics fever: Do you?