Henry Hopper is the defendant in a lawsuit filed Tuesday which accuses the son of the late Dennis Hopper of raping a 15-year-old girl. 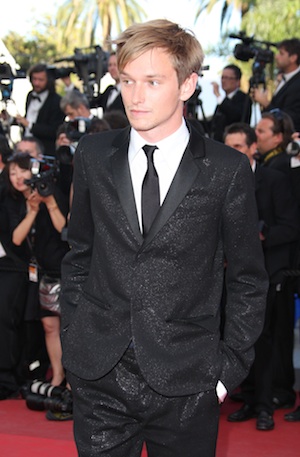 The late Dennis Hopper‘s son, Henry Hopper, faces accusations of rape. The 21-year-old is the subject of a civil lawsuit filed by the alleged victim’s mother. TMZ received a copy of the lawsuit early this morning which details the allegations against Henry Hopper. According to the lawsuit, Henry Hopper began an online relationship with a 15-year-old girl — identified as “Jane Doe” — on Facebook in early 2011. TMZ reports Henry Hopper and the unidentified girl met through “mutual friends,” although the lawsuit does not offer any additional details regarding their shared contacts.

The lawsuit states that Henry Hopper lured Jane Doe to his house in Venice, California with “the promise of drugs and alcohol.” The mother then accuses Hopper of “sexually offensive conduct… including sexual intercourse, forced oral copulation and sodomy.” The mother claims her daughter was intoxicated at the time of Hopper’s actions.

A lawyer for Jane Doe claims Henry Hopper “preyed upon a young impressionable child, [suggested] that he [cared] for her, [lured] her into his home with promises of alcohol and illegal drugs, and then repeatedly [took] advantage of her youth and vulnerability.” TMZ states it is unclear if Jane Doe reported the incident to law enforcement. The mother of Jane Doe — now 16 years old — seeks unspecified monetary damages for emotional injuries her daughter suffered.