Daniel Craig’s still got it. The actor shines in the new trailer for James Bond’s latest outing, Skyfall. His style, grace and muscles take center stage in this action-heavy preview. 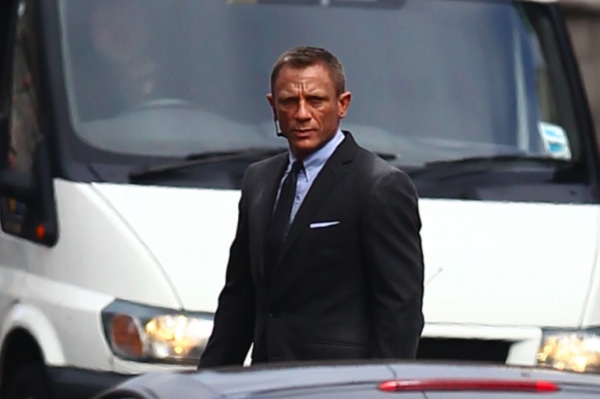 Who says you only live once? James Bond has been at death’s door more times than we can count. In his latest adventure, 007 finally meets his untimely demise. Or does he?

A new trailer has been released for Skyfall, the newest installment in the long-running Bond franchise. It features the return of Daniel Craig and shows his character struggling with mortality. He fakes his death, but resurfaces to face a new foe.

How long will Daniel Craig continue to play James Bond? >>

So who’s the villain of choice? A very bold, and very blond Javier Bardem. The Oscar-winning actor is barely recognizable as Silva. The trailer reveals a scene where he captures our stylish hero and taunts him over his handler, M (played by Judi Dench).

We can’t have a Bond movie without a Bond girl or two. In this case, we’re introduced to Eve (played by Naomie Harris) and Severine (played by Bérénice Marlohe), both of whom share quality time with the agent. Eve is his partner in the field, who moonlights in the bedroom, while Severine is an exotic vixen he meets on his mission.

What do you think of the new trailer for Skyfall?