Chick-fil-A is no friend of D.C. Mayor Vincent Gray. The politician is in good company weighing in on the anti-gay marriage fast food scandal, though not all in his world are so against “hate chicken.” 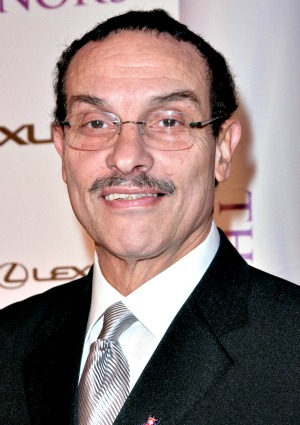 Chick-fil-A has a foe in Washington D.C. Mayor Vincent Gray. The politician took to Twitter over the weekend to air his opinion on the gay marriage controversy that has thus far involved a motley crew: Ed Helms, The Muppets and even The Berenstain Bears!

“Given my longstanding strong support for LGBT rights & marriage equality, I would not support #hatechicken,” Mayor Vincent Gray tweeted Saturday, before engaging in a series of heated, albeit characteristically brief, arguments.

“Why is using your 1st Amendment right bigotry?” questioned one Twitter user, defending Chick-fil-A’s decision to be open about their “traditional family” stance. “They never said they will disciminate Gay Ameriacan customer’s or employees.”

Responding to the tweet the mayor wrote, “This is about more than their CEO’s personal opinions. They also give hundreds of thousands of dollars to anti-gay groups.”

When another asked, “Mayor Gray, can you tell me what rights I have, as a heterosexual male, that a gay person doesn’t have?” the 69-year-old replied, “Right 2 marry the person U love & right not 2B denied housing/jobs/pub accommodations on basis of your sexuality, 4 starters.”

These users, of course, aren’t the only ones ready to disagree with D.C. Mayor Vincent Gray’s descriptive “hate chicken” hashtag label for Chick-fil-A.

Sarah Palin posted a photo of herself and husband Todd Palin with bags of fast food in hand on Friday, writing, “Stopped by Chick-fil-A in The Woodlands to support a great business.”

Presidential hopeful Rick Santorum weighed in on the great chicken debate during an appearance on The Kudlow Report. “You just keep seeing this more and more, which is the absolute intolerance of the left in America. There can be no dissent from what their position is,” he explained.

“This is why the Hugenots came to America,” Rick Santorum added while speaking of the backlash Chick-fil-A is experiencing. “They didn’t want the government telling them what to believe and that they couldn’t say things in public, that they had to keep it to themselves,” or be “barred from doing business.”

Time to pick sides: Is “hate chicken” a fitting description for Chick-fil-A or not?