The singer made what he said was an innocent joke, but it angered animal lovers all over Twitter. 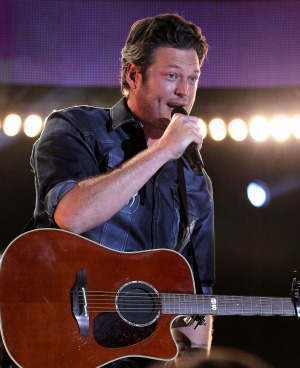 Blake Shelton learned his lesson over the weekend about making jokes on Twitter.

On Friday, he tweeted “Does anyone know if the Eastern Box turtle is protected in Oklahoma? If so I didn’t just swerve to the shoulder of the road to smash one…”

A follower responded with “That turtle’s life meant something- was your tweet a bad joke? Why would you be so cruel to a living being?” to which Shelton replied “Shut up…”

“Hope I don’t ever see a @blakeshelton on the shoulder of a road, would hate to swerve and smush that…. then joke on twitter,” said one follower.

Another follower replied with “NOT funny! How would you like someone to say/do that about/to one of your dogs? Pathetic Blake, U just lost a huge fan.”

Shelton kept the topic going, by responding to the criticism with equally critical comments.

One follower tweeted “So let me ask you personally, is it or is it not a joke?”

The singer continued to respond to each individual comment for a while but later sent out a mass message to all the criticism.

“The best part of all of this is that the dumb asses didn’t even look to see that I’m not even in Oklahoma today!!” he said. “I’m in North Dakota!! Do they even have turtles in North Dakota?!!! God almighty!!! What’s wrong with people?! Get a life!! Get a job!! Get laid!! For once!!!”

On Saturday, it finally seemed that Shelton realized how big of an issue it had become. For the first time he issued what seemed like it might be an apology.

“Ok.. Now that ‘Turtle-Gate’ is over I want to apologize for my ignorant joke,” he said. “I never ran over a turtle. It wasn’t even possible.”

As a country singer who has crossed into the mainstream, it doesn’t seem that Shelton understood before this weekend the power his words have, even as a joke.

He returns as a host of The Voice this fall.