As the book reaches its 35th anniversary, there is talk there may be more parts to the story. 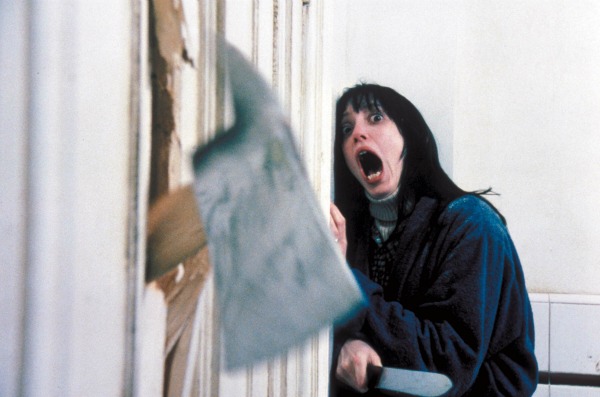 It has been over 30 years since Stanley Kubrick released his movie version of The Shining, but it looks like Warner Bros. may be considering making the story a series.

Warner Bros. has been very hush-hush on the topic, but the Los Angeles Times is reporting they have heard rumors from different sources.

“The film would focus on what happened before Jack Torrance (of course played memorably onscreen by Jack Nicholson), his wife and their psychic son arrived at the haunted retreat where Torrance soon descends into violent madness,” said the LA Times. “A WB spokeswoman cautioned that any Shining prequel was in a very early stage and not even formally in development.”

The 1980 movie, based on a book by Stephen King, is considered one of the scariest movies of all time. According to Hollywood.com, King is also working on a new story in the series, except his will be a sequel.

The LA Times says that Warner Bros. has “solicited the involvement f Hollywood writer-producer Laeta Kalogridis and her partners Bradley Fischer and James Vanderbilt to craft a new take as producers, according to a person familiar with the project who was not authorized to talk about it publicly.”

The reason Kalogridis’s addition is important is because she wrote the Martin Scorsese film Shutter Island, as well as working on the film Avatar.

According to Hollywood.com, the trepidation behind the idea of a prequel to the movie has to do with the subject matter.

“Due to the very unclear nature of the ending of The Shining, a true prequel would be hard to identify to begin with,” said the website. “Would a prequel take a look at the origins of the shining power, maybe from the point of view of a younger Hallorann and his gifted grandmother?”

There are also questions about whether Warner Bros. might make a film of The Shining sequel that King is currently writing, but there has been no public talk on the idea.