Want to make a change in the world? Post an ad. If you’re scratching your head, take a look at how one independent filmmaker spent a month on the road connecting with people across America by using nothing but Craigslist. 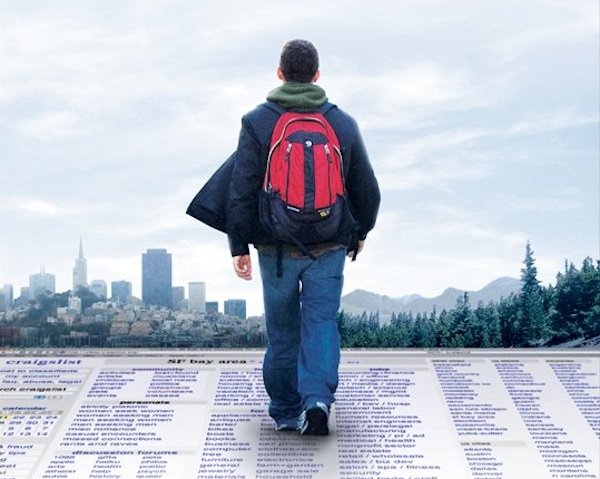 Intrigued by how our society has increasingly become more digitally dependent than ever before, independent filmmaker Joseph Garner decided he would see if it was possible to find community and friendship in America in the wake of this isolated digital age.

In his new documentary, Craigslist Joe, Garner spent one month without resources, money, friends or family traveling around the United States with nothing but help from people he met on Craigslist.

Free place to stay? Hot meal for your hungry belly? Lonely and you just want to talk?

What Garner soon discovered was not only that people are kinder and more thoughtful than he ever imagined, but that he too could give back to the community — all through the power of the digital space he believed was isolating us all.

SheKnows sat down with the filmmaker to find out about his discovery on the road.

“It’s not so much about my survival or my adventure, it’s about these amazing people I’m meeting,” Garner says of the journey that took him from Los Angeles to Seattle to New York and beyond.

After Garner edited down his more than 80 hours of footage into something watchable, he started to discover that not only did he prove his theory correct — it is still possible to interact with people with all these technologies — but he also discovered a sense of community that he thought otherwise abandoned by America.

“The notion of community,” Garner says, is more than prevalent. It’s everywhere across America. “The human spirit and the goodwill of people and just the idea of… given the opportunity, the people I met, wanted to help people out.” He’s speaking personally as he was penniless and at the mercy of the kindness of strangers for a month. The experience moved him. “That positive spirit was something that I wanted to keep true in making the movie,” he says.

So, how does one get the idea that he should become homeless for a while…?

The idea came to Garner while working as an assistant on the set of The Hangover. Wait a second — the film about three guys recovering from a massive hangover before their best friend’s wedding? Yep, that’s the one.

After watching the news and seeing the state of America’s economic crisis during that time, Garner says, he asked himself a pretty serious question. “Using technology, using social media, do we have the potential to take care of each other?” he asked. Garner wanted to know if this type of technology was preventing us from communicated face-to-face.

Garner began talking to actor Zach Galifianakis about his dreams of becoming a filmmaker, and the two formed an inspiring new friendship.

After Garner spent a month on the road discovering what life was like with no connections other than the kindness of strangers, he asked Zach to have a look at what he found. Garner says Galifianakis was also deeply moved by the film and that he wanted to be involved, in any way he could. Having Galifianakis on board, Garner says, has been more than a blessing. His message is going places he never thought it would thanks the A-list actor.

What’s the next step in connecting, then? Perhaps these two need to find a third and go out and have some drinks. Craigslist, anyone?