Less than a week away from Roseanne’s roast, Comedy Central announces the lucky people who get to tell the comedienne what they really think. 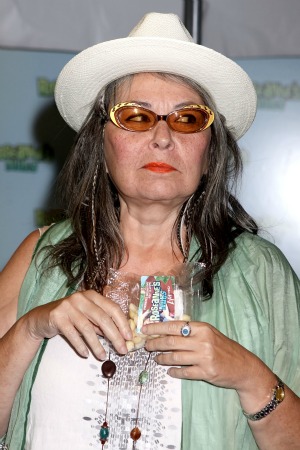 Roseanne Barr has been through a life of comedy, a successful sitcom and now a presidential run. But Aug. 4, Barr will be taking part in something completely new.

“Comedy Central is gearing up for the mother of all Roasts!” according to a rep with Comedy Central. “The network announced today an all-star roster of Roasters who, along with Roast Master Jane Lynch, are sure to give Roseanne a spanking.”

The roasters who have signed on to roast Barr include Sharon Stone, Seth Green, Carrie Fisher, and Katie Segal as well as comedians Anthony Jeselnik, Jeffrey Ross and Amy Schumer.

“The Comedy Central Roast Of Roseanne (#RoseanneRoast) will tape on Saturday, Aug. 4 at the Hollywood Palladium and will premiere on Sunday, Aug. 12,” said the network.

“Although Roseanne appears to be a demure, soft-spoken woman eternally committed to the status quo, we believe under the surface is an explosive, trail-blazing cultural revolution,” said Kent Alterman, head of original programming and production at Comedy Central said in a press release. “We are honored to roast her.”

The roast will be produced by the same man who produced the roasts of Charlie Sheen, Donald Trump, David Hasselhoff, Joan Rivers, Larry The Cable Guy, Bob Saget, Flavor-Flav, Pamela Anderson and even the Emmy-nominated roast of William Shatner.

Barr announced she is running for president of the United States and just today chose her running mate. The comedienne picked political activist Cindy Sheehan to be her future vice-president should she win. The pair is running on the Peace and Freedom party ticket.

They will be attending the Peace and Freedom Party nominating convention in Los Angeles the same day of the roast on Comedy Central.

The last woman to be roasted on Comedy Central was Joan Rivers three years ago.