So long, farewell, Cathy Jamison. Showtime is saying goodbye to The Big C and its breakout character. The network has renewed the series for one last season, allowing writers enough time to prepare a fitting end. 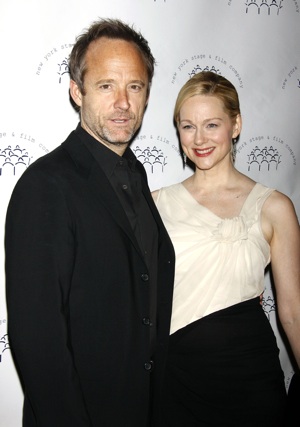 Showtime has given their cancer dramedy The Big C a new lease on life. Amidst this week’s TCA press tour, the network confirmed that Laura Linney and company would return for a fourth and final season. But there’s more to the story.

The Big C is also getting a format change. Instead of airing eight 30 minute episodes, Showtime’s going for four hour long installments.

The Help’s Allison Janney takes on The Big C >>

Considering its most recent ratings, we’re surprised the show was given a second chance. According to The Hollywood Reporter, its third season averaged 480,000 viewers, which was a significant drop from seasons one and two.

“From its inception, the show has been unique, and we’ve found a creative way to bring conclusion to Cathy’s story,” Showtime Entertainment president David Nevins told reporters.

“It’s very important with a premium network that shows be able to plan their end and do it the right way. We have a contract with our audience. The show began in the summer, seasons two and three were spring and winter and they’ve got a very interesting and novel and form-breaking way to handle where the show is going.”

The Big C centers on a woman (Linney) as she deals with her cancer diagnosis. As expected, the illness changes her and her family’s outlook on life. We’re happy creator Darlene Hunt and her writing team will have time to produce a deserving finale.

Are you sad to see The Big C go?