Fire up the Rock of Love bus, because Bret Michaels’ engagement is off! Announcing he and longtime love Kristi Gibson have given up on getting married, is it a return to single life or time to focus on other projects for the Poison frontman? 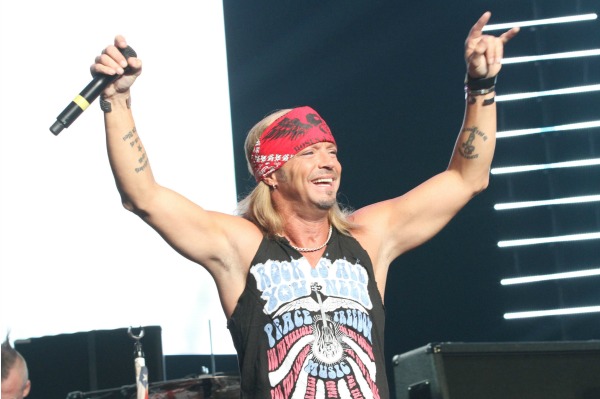 Bret Michaels and Kristi Gibson will not become man and wife. Announcing they’re calling the engagement off, the Rock of Love and Life as I Know It reality star says their kids remain top priority despite the split.

Bret Michaels and Kristi Gibson have been an on-again, off-again couple for nearly two decades. It was during the taping of Life as I Know It in December 2010 that the 49-year-old got down on one knee and asked the mother of his two children to be his wife.

“Although the couple have separated they remain great friends and are committed to jointly raising their two daughters Raine Elizabeth and Jorja Bleu,” Bret Michaels’ rep said in a statement to E! News on Monday, confirming the engagement is over.

No word yet on what caused the singer to call it off with Kristi Gibson, nor has either of the suddenly single parties chosen to comment publicly on the split.

Before the episode aired in which he and Kristi Gibson’s engagement was shown to the world, Bret Michaels hinted at having cold feet. “Love and marriage are the ultimate, but I still get a little sweaty about the marriage thing,” he told People.

If Bret Michaels’ newly single status doesn’t send him back to the reality world looking for love, fans still may see more of the man who has survived both a brain hemorrhage and underwent surgery for a hole in his heart in recent years.

Announcing plans of a Bret Michaels biopic in the works, he explained to The Columbus Dispatch, “Mostly, when you see rock movies, it has to be this over-the-top thing. I want to give people a Bret Michaels movie where they see that my life is a comedy of errors.”

Are you interested in the idea of a Bret Michaels biopic?