Major surprises in swimming and gymnastics shocked fans on Sunday during the 2012 London Olympic Games. We break down the best — and the worst — surprises of the day. 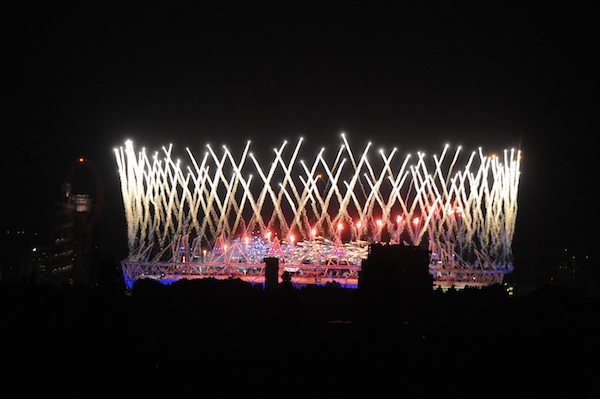 Sunday was another busy day at the 2012 London Olympics. We recap the best of the events that took place on July 29, 2012 to get you caught up on all the recent Olympic happenings.

The U.S. Women’s Team nabbed the top spot at this event followed by Russia, China, Romania, Britain, Japan, Italy and Canada. However, gold-medal favorite Jordyn Wieber failed to qualify for the all-around competition. She came in fourth behind fellow teammates Aly Raisman and Gabrielle Douglas. Wieber was billed as the American favorite for the all-around gold medal.

ABC News reports the U.S. Women’s Gymnastics team coach was clearly upset. “We have always known
the two per country rule, we are not crying of spilt milk, yet it makes it difficult to explain how the fourth best AA finisher, the former world champion, does not get a shot at fulfilling her dream, just because her country happens to be incredibly strong,” said coach John Geddert.

The Olympic rules state only two members per team may qualify for the all-around competition. Since Wieber’s teammates — Raisman and Douglas — scored higher marks than her, she cannot compete regardless of her score. Gabrielle Douglas is now considered the favorite to medal.

It was a shocking end to an extremely close race as U.S. swimmer Ryan Lochte couldn’t maintain his lead over the French. NBC News reports the French’s gold medal win was “redemption” for their 2008 loss when the U.S. came from behind to place first and pushed the French to a silver medal. Ryan Lochte and Michael Phelps both took home silver medals for this race.

U.S. swimmer Dana Vollmer brought home a gold medal on Sunday in the 100-meter breaststroke. She suffered a significant wardrobe malfunction when her swim cap came off in the middle of the race. The 24-year-old also set a world record with a time of 55.98 and became the first woman to swim the event in under 56 seconds. Her gold medal win is even more impressive given her serious heart condition.

58 mins ago
by Alicia Kort