Director Giovanni Agnelli flipped out on Twitter over the weekend, ardently defending his “sister” Kristen Stewart against allegations of cheating — despite the fact that the actress already admitted her indiscretion herself. 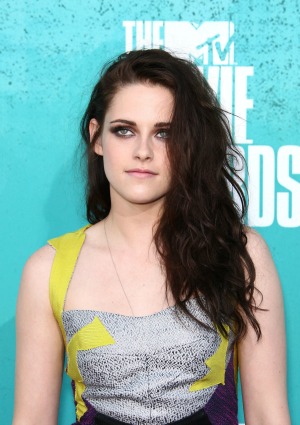 Friends stick up for friends — but is Giovanni Agnelli going too far? The director went on a Twitter rampage over the weekend, defending his pal Kristen Stewart against the rumors flying around surrounding her admission to cheating on longtime boyfriend Robert Pattinson.

Agnelli, who worked with Stewart on the flick Welcome to the Rileys, rattled off a multitude of angry texts over the media’s treatment of the scandalous situation including the way many Twihards have turned against her.

“Dear tabloid media: shut the f*** up. There are real people in real pain behind your ratings and sales,” he wrote.

“If you’ve ever used the word Trampire you’re a mindless pathetic piece of s***.”

“Before tweeting me your hatred, know that she’s like my little sister. I love her and will always defend her. Don’t like it? Too f***ing bad.”

“Sorry about the rant. Just caught some really disgusting tabloid TV when I got home. Good night.”

“Grandma what big teeth you have. All the better to chew you up and spit you out. And with that, the big bad wolf grabbed her and ate her up”

“The truth is not what the tabloid media is pushing, but the truth seldom sells magazines… If one of your friends in real life was hurting, and lots of people were being cruel. Wouldn’t you ask them to please stop? Honestly?”

“You are completely entitled to your feelings and beliefs. But to resort to tearing people to pieces is so savage. Don’t lose your humanity.”

“Hate hurts the hater more than the hated. Nothing is sadder than a damaged soul covered with the scars of hatred.”

“the spin that keeps growing on this story is staggering. There was NO on set affair. Stop printing LIES.”

Agnelli seems to have particular vitriol for gossip site Hollywood Life, who maintain KStew was sleeping with the very married father of two Rupert Sanders while filming Snow White and the Huntsman, and that she was driven to do the deed by her jealously over boyfriend Robert Pattinson’s sexy Remember Me costar Emille de Ravin.

“hope nobody thinks s*** for brains gossip sites like @HollywoodLife are real!” he wrote. “They puke lies, lick them up, and puke them out again.”

Robert Pattinson has yet to comment on the scandal, but over the weekend, moving trucks were spotted outside the Hollywood home the couple share (shared?) together.