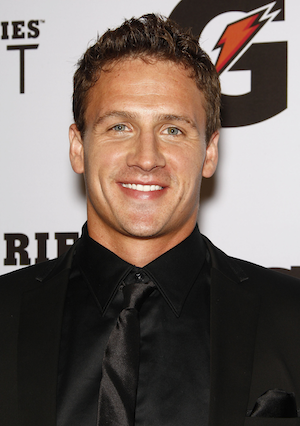 Numerous media outlets contend Lochte’s attempt at the gold for the 200-meter freestyle is his longest yet — especially since France’s Agnel beat Lochte at the 4×100 freestyle relay on Sunday. France took home gold while Lochte and Phelps took home silver.

The Huffington Post reports Lochte and Sun Yang were the top two swimmers on Sunday during the 200-meter freestyle qualifying event: Sun Yang came in at 1 minute, 46.24 seconds but Lochte “dragged” behind at 1 minute 46.45 seconds. Agnel (France) was just behind Lochte with 1 minute, 46.60 seconds. Even in the face of tight competition, Ryan Lochte didn’t seem stressed when asked about his qualifying times. “I didn’t go to bed until like 2 a.m., so I am a little tired, but it was a prelims swim, so I’m not too worried about it.”

The 27-year-old Lochte currently holds eight Olympic medals: four gold, two silver and two bronze. Most experts agree tonight’s 200-meter freestyle race will likely be a stand-off between Lochte and Agnel. Lochte has won two medals so far at the 2012 London Olympics: a gold medal in the 400-meter individual medley and a silver in the 4×100 relay.