Forget about steroids! The thing most Olympic athletes need to stay away from is Twitter, apparently. Find out why a Swiss soccer player was just banned from the Games because of the social networking site. 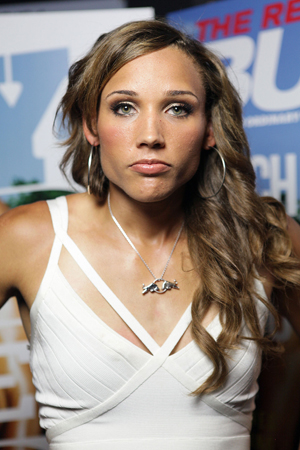 Who wants to bet that athletes will be banned from using Twitter during the 2014 Olympics? We think the chances are pretty good, considering that the social media site is causing more problems for officials than doping athletes.

First, a Greek triple jumper was banned from the Games for tweeting a racist comment about Africans.

“With so many Africans in Greece, the West Nile mosquitoes will be getting home food!!!” Voula Papachristou tweeted in her native language.

Now, Swiss soccer player Michel Morganella was banned for tweeting that South Koreans could “go burn” and added that they are a “bunch of mongoloids” after Switzerland lost to the Asian country in a soccer game.

Swiss Olympic team coach Gian Gilli said that Morganella was banned because he “discriminated against, insulted and violated the dignity of the South Korea football team as well as the South Korean people.”

“I am sincerely sorry for the people of South Korea, for the players, but equally for the Swiss delegation and Swiss football in general. It’s clear that I’m accepting the consequences,” the athlete said.

Just say ‘no’ to TwitPics, athletes!

The International Olympic Committee has joked that this year’s competition is the “social media games.” The governing body released four pages of guidelines over what athletes are permitted to disclose on the site, but that didn’t stop British rower Zac Purchase and U.S. soccer player Carli Lloyd for posting TwitPics of their Olympic credentials. Both athletes were chided and they took down their tweets — they’re lucky they weren’t banned, too!

Mr. Bean brings the laughs to the Olympic Opening Ceremony >>

Rest easy, Europeans: Your athletes aren’t the one ones making controversial comments on Twitter. Both Olympic darlings Hope Solo and Lolo Jones were criticized over the weekend for their tweets.

Soccer player Solo wrote about the commentators at a soccer game between the United States and Colombia. Well, she focused her ire toward former U.S. soccer champ Brandi Chastain, a commentator during the game.

“Its 2 bad we cant have commentators who better represents the team&knows more about the game,” she wrote over the weekend, adding “lay off commentating about defending and gking until you get more educated. The game has changed from a decade ago.”

Chastain reportedly made comments that Solo’s teammate, Rachel Buehler, was playing too carelessly.

Solo didn’t back down from the tweets.

I think analysts and commentators should bring energy and excitement and passion for the game, and a lot of knowledge, and I think it’s important to help build the game, and I don’t think Brandi has that,” she said Monday.

Jones’s tweet was criticized for joking about guns just a week after James Holmes massacred 12 people at a Colorado movie theater.

“USA Men’s Archery lost the gold medal to Italy but that’s ok, we are Americans… When’s da Gun shooting competition?” she tweeted. Fans quickly criticized her for being insensitive, but Jones insisted it wasn’t a joke about the shooting.

“Sorry u guys only think of violence but I think of all the hunting I do w southerners in da south. Its impressive.”

Note to Olympians: Let’s put the phones down, okay?