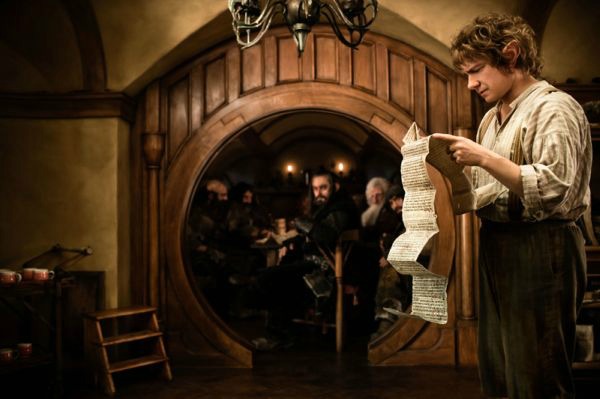 It’s Christmas in July for Hobbit fans, as Peter Jackson confirms there is enough “tale to tell” to develop a third film — like The Lord of the Rings trilogy before it.

“It is only at the end of a shoot that you finally get the chance to sit down and have a look at the film you have made,” the Kiwi director said, noting he and his team did just that — previewed an early cut of the movie due out in December and a “large chunk” of the second film. “We were really pleased with the way the story was coming together, in particular, the strength of the characters and the cast who have brought them to life.

“All of which gave rise to a simple question: Do we take this chance to tell more of the tale? And the answer from our perspective as the filmmakers, and as fans, was an unreserved ‘yes.'”

Citing Variety, Rope of Silicon reports The Hobbit: An Unexpected Journey will hit theaters later this year, with The Hobbit: There and Back Again due out in December 2013.

The as-yet-unnamed third Hobbit film is slated for summer 2014.

Titling his announcement “An unexpected journey,” Jackson went on to say that the “richness of the story of The Hobbit,” along with some related material in The Lord of the Rings appendices, enables his team to present “the full story of the adventures of Bilbo Baggins and the part he played in the sometimes dangerous, but at all times exciting, history of Middle-earth.”

Borrowing from the author that started it all — J.R.R. Tolkein — Jackson closed the note with: “It has been an unexpected journey indeed, and in the words of Professor Tolkien himself, ‘a tale that grew in the telling.'”

What followed were more than 3,600 shares of the announcement as of Monday morning, with some fans going so far as to say “speechless … goosebumps … awesomeness can’t be contained” and “You are a God, sir Peter! Now my life is complete!”

Is your life complete now? How do you feel about the news?