If you love sci-fi, horror and fantasy, we’ve got the festival for you. Fantastic Fest is less than two months away and its first round of films have been announced. This year, they’ll kick things off with the comic adaptation, Dredd 3D. 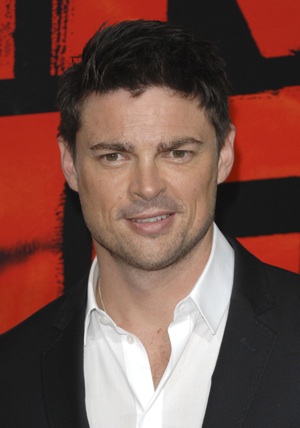 Following in the footsteps of Toronto and Venice, Fantastic Fest has revealed its 2012 lineup. The first wave of films include the red carpet premiere of the sci-fi flick Dredd 3D, which stars Karl Urban and Lena Headey.

According to Dredd’s official synopsis, the future America is an irradiated wasteland. On its East Coast, running from Boston to Washington, DC, lies Mega City One — a vast, violent metropolis where criminals rule the chaotic streets. The only force of order lies with the urban cops called “Judges,” who possess the combined powers of judge, jury and instant executioner.

Karl Urban lays down the law in Dredd trailer >>

Known and feared throughout the city, Dredd (Urban) is the ultimate Judge, challenged with ridding the city of its latest scourge — a dangerous drug epidemic that has users of “Slo-Mo” experiencing reality at a fraction of its normal speed.

So what other films will be joining Dredd 3D at Fantastic Fest? Check out the rest of the initial lineup below:

Look for more film and event programming announcements for Fantastic Fest in the weeks ahead.