Despite fears there might be a repeat of last week’s shooting, The Dark Knight Rises nabs the number one spot with a promising turnout from fans this weekend. 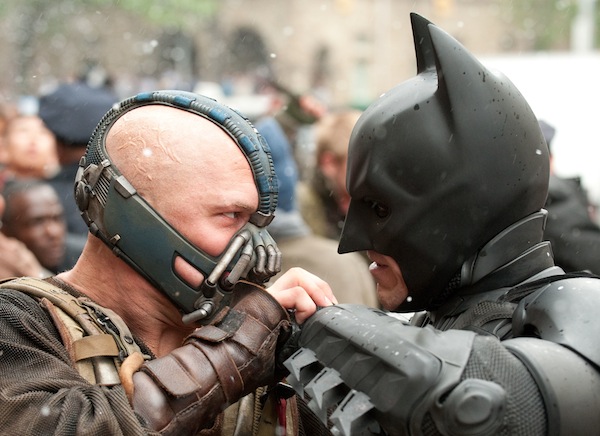 Grossing an estimated $64 million this weekend, the new Batman film nabs the spot at number one for a second week in a row, according to Deadline Hollywood. The international returns went over half a billion dollars as well making this one of the biggest movies of the summer.

Gliding into second place aboard its chilly iceberg is Ice Age: Continental Drift, the fourth installment in the lucrative animation series. When three friends are separated from their community, they have to survive life in the wilderness — and a few pirates, too — just to get back home. The film grossed an estimated $13.3 at the box office.

The newly released movie about a group of friendly neighborhood guys who decide to form their own patrol team, The Watch, didn’t resonate with fans as much as anticipated. Despite the A-list casting, including Vince Vaughn, Ben Stiller and Jonah Hill, the film grossed only $13 million.

The dance film about flash mob moves ranked fourth this week with an estimated $11.8 million. Step Up Revolution is the fourth installment in the popular dance movie series known for launching careers — Channing Tatum to name one!

Coming in fifth and holding strong as a comedic favorite is the raunch-com, Ted, about a man who still considers his childhood teddy bear his best friend. It grossed $7.3 million this weekend at the box office.

Sliding into sixth place on its 3-D web is The Amazing Spider-Man with $6.8 million in box office returns. The reboot staring Emma Stone and Andrew Garfield brings a new Peter Parker to hungry audiences who seem to adore this new couple on and off screen (they’re dating in real life!).

Rounding out the top 10 are Brave at number seven with $4.2 million, Magic Mike at number eight with $2.5 million, Savages at number nine with $1.7 million and Moonrise Kingdom at number 10 with $1.3.