Friday night’s ceremonies in London were viewed by over 40 million Americans and had over 5 million comments on Twitter. 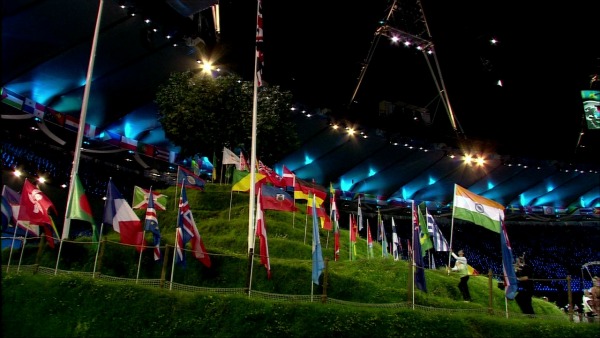 Even with all the mixed comments about Friday night’s Olympic Opening Ceremonies in London, the event set records for U.S. ratings.

“An opening ceremony from the mother country with a Beatle, a queen and Mr. Bean proved irresistible for viewers in the United States, with a record-setting 40.7 million people watching NBC’s first night of summer Olympics coverage,” said Fox News.

The ratings in the United States is the most watched for any winter or summer Olympics, said Fox News. Coming in second, surprisingly, is not Beijing’s opening ceremony four years ago. That event had 34.9 million viewers. The 1996 opening ceremony in Atlanta holds the record for second highest ratings. That opening ceremony had 39.8 million people watching.

A research company estimates that 5 million comments about the topic were posted on Twitter, with 58 percent of those being from women. Friday night, the majority of the trending topics on Twitter were Olympic-related.

The comments on Twitter were both positive and negative, and many complained about the delayed opening ceremonies (since London is five to eight hours ahead of the United States’ time zones).

“NBC Universal… which began streaming all of the Olympics competition online live Saturday, was blistered on Twitter on Friday by people who wondered why the opening ceremony wasn’t shown live,” said Fox News. “But four years ago in Beijing, NBC learned such complaints only increased buzz and made people more interested in watching it on TV in prime time.”

Another comment on Twitter was the amount of sports not shown on TV, including the men’s 400-meter swimming race, but NBC reminds viewers they are also streaming the Games on their website live.