FX’s president talks about the new season, and which shows will continue and which ones they are not quite sure about yet. 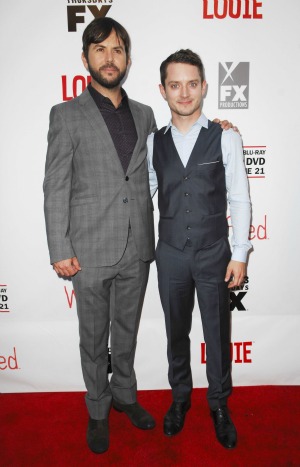 This morning, at a presentation given by FX to the press, network president John Landgraf spoke about their upcoming season, including its successes and those shows they are still not sure about.

One successful show that will be continued is Louie, which has been given the chance for a fourth season.

“When you have someone like Louis C.K. writing, editing, directing, starring and producing a show, you tend to keep that show around,” said E! News.

Landgraf told E! that they have ordered seven more episodes of Russell Brand’s show BrandX but there will be changes coming.

American Horror Story’s future is unknown. According to Landgraf, they always knew it has an expiration date based on the story.

“We actually always knew American Horror Story was going to be a miniseries in a sense that we knew it was close-ended show that had no continuing storylines and characters between the 13 episodes that were produced and aired in subsequent seasons,” Landgraf told E!

He couldn’t give away much else, except to say that the new season would take place in a sanitarium run by the Catholic church.

According to E! News, Justified and Wilfred are still waiting to see if they will be renenewed for another season. But they say that Landgraf said Justified could air for at least six years.

“Wilfred I think has a many-year future on the channel,” Landgraf told E! “I’m really happy with the show creatively. We have some deal issues to work out. I think it will be on the air for several more years.”

As for Anger Management, Charlie Sheen’s new show, Landgraf sounds very happy with the show and it’s looking like they will get a 90 episode order from the network.

“We won’t make a decision on the [order] until all 10 episodes have aired,” he said.

“But based on those ratings, Landgraf says the odds are ‘overwhelming’ that it will get those 90 episodes,” said E! News. “And if that does happen, Martin Sheen will be joining Anger Management to play the father of Charlie Sheen’s character.”

However, it looks like they are looking to change that show a little as well, with the new cast additions.

“I think what the entry of Martin Sheen’s character will do will give an extra dimension of the show to make it a multi-generational family show,” he told E!