Killer Joe has been ruled too disturbing to be seen by anyone under 18. But all involved with the film are okay with that. 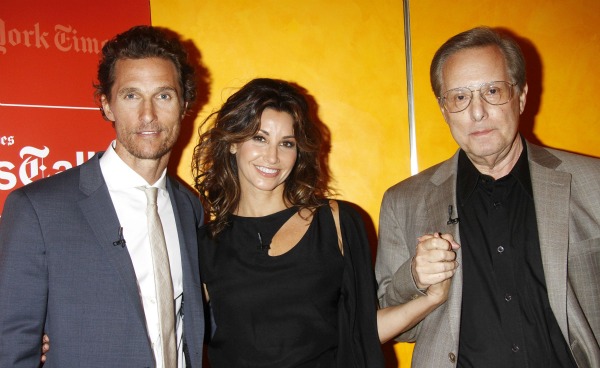 If you thought Magic Mike was steamy, Matthew McConaughey’s new movie Killer Joe has been given the NC-17 rating by the Motion Picture Association of America. But not for what you might imagine.

If you are thinking the rating means you will see more from McConaughey than you did in Magic Mike, you may be wrong. The NC-17 rating was given for “graphic disturbing content,” said the Huffington Post.

This film is only the second NC-17 movie to be released in the US this year. The rating means that no one under 18 can see the movie, even if accompanied by a parent.

The film is directed by William Friedkin, who won an Oscar for 1971’s The French Connection. He also directed The Exorcist in 1973. It stars McConaughey, Emile Hirsch, Gina Gershon and Thomas Haden Church.

“The NC-17 rating is about to go mainstream,” said box-office analyst Paul Dergarabedian of Hollywood.com to the Huffington Post. “If Matthew McConaughey and Michael Fassbender are giving their stamp of approval to the creative freedom that NC-17 allows, people might go for it. While it may affect the ability to market a film, it brings a whole new cache of subversive marketing, and mainstream actors who give it legitimacy, credibility and raise it to a whole new level.”

McConaughey thinks the rating is something they should be proud of. It shows the movie is different, and the actors are venturing into edgy material.

“Let’s wear it as a badge and keep it shined!” he said of the NC-17 rating for Killer Joe.”

Friedkin has even considered cutting the film to get to an R rating, but he said the MPAA wanted him to go too far.

“I often say what the MPAA wanted to do is what the generals said we had to do in Vietnam, which was destroy the country in order to save it,” said the director to the Huffington Post.

The film opens Friday in New York and in other cities next week.