Gone too soon? Or did The Killing overstay its welcome? The AMC Network has just pulled the plug on the acclaimed series. After two seasons, they’ve had enough of the tension-filled drama. 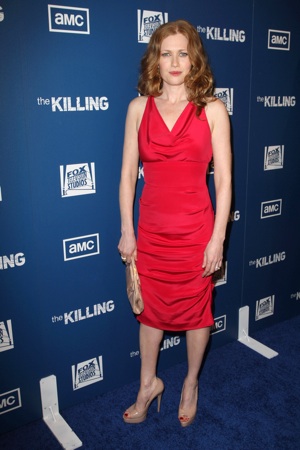 AMC has come to a decision — they’re canceling The Killing. After two seasons, the mystery drama will fade to black. Following its first season finale, the show experienced a significant dip in ratings. Its cliffhanger left audiences hanging in the worst possible way.

The finale promised viewers an answer to one question: Who killed Rosie Larsen? When it failed to deliver, critics and fans alike voiced their disdain at the writers decision to drag out the reveal.

Out of Luck: HBO cancels show after horse deaths >>

In April, The Killing quietly returned for its second season, which generated little to no fanfare. You could tell the end was near. According to The Hollywood Reporter Friday morning, AMC released a statement announcing the show’s cancellation.

“After much deliberation, we’ve come to the difficult decision not to renew The Killing for a third season. AMC is incredibly proud of the show and is fortunate to have worked with such a talented team on this project, from showrunner Veena Sud and our terrific partners at Fox Television Studios to the talented, dedicated crew and exceptional cast.”

Fox TV gave their two cents, saying, “Fox Television Studios is extremely proud of The Killing, the extraordinary writing staff and crew, and what we believe is one of the best casts on television. We will proceed to try to find another home for the show.”

Are you disappointed? Will you miss the show?