ABC just announced the cast for Dancing with the Stars: All-Stars and the celebs are pretty much who we figured would be cast. Now the biggest question: Who should win? 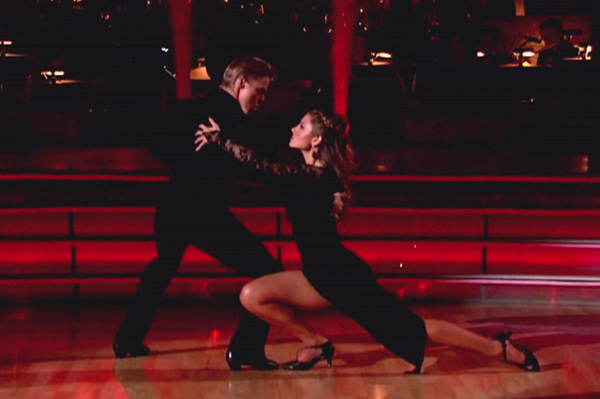 Oh, and there’s one more cast member to be named — it’ll be Carson Kressley, Kyle Massey or Sabrina Bryan — depending on how fans vote at ABC.com.

“The level of competition is going to be quite intense,” DWTS producer Conrad Green said during the Friday announcement.

“I think half of the people involved in this cast have never been eliminated from the show,” Green added. “Most of the people here have done most of the dances if not all of the dances before. We’re going to probably have to recalibrate the judges slightly otherwise we’ll be starting out with 9s and 10s right out of the box.”

In other words, the show could be dreadfully boring with too much perfectness, unless Kressley makes it — he wasn’t exactly Mr. Dance Machine during his time on the show, but he was super entertaining.

So, who will win? It’s anyone’s guess, especially since we’re expecting the stars’ rabid fans to do all they can to push their picks to the top. Let’s take a look at each contestant’s chances.

Actress Kirstie Alley pretty much admitted that it was her dream to be on Dancing With the Stars. She definitely put in work during her time on the show, and it translated to major weight loss and a runner-up spot in the finale. We expect her to make it far in the competition, but we doubt she’ll win.

Eh, she won’t make it that far. Next.

Racer Helio Castroneves’ infectious personality made it hard not to vote for him during season five. We can see him getting to the top five again, though we don’t see him as a winner.

Former *NSYNC’er Joey Fatone is definitely talented in the dancing department. However, it’s been a long while since he’s been on the show so we think he’ll have to work extra hard to have a chance at the top.

Same goes for 98 Degrees singer Drew Lachey, though the regrouping of the boy band that made him famous might push his star power a little higher in the eyes of the voters.

These two Olympic champs might benefit because of the hangover from the Summer Olympic Games. Plus, they’re both super talented as dancers. We expect them both to make it top five — and it wouldn’t surprise us if Ohno is named champ again.

Don’t foresee too much for French hottie Gilles Marini, though we hope he’s around long enough so we can see a few close-ups of his super hot bod.

Kelly Monaco has the soap fan backing, so we fully expect her to stick around for a while.

Same for Melissa Rycroft — she has the reality star backing. However, we don’t know if her fan base will push her very far among these other competitors.

We can totally see Bristol Palin making it to the runner-up spot again, even though she’s not as good as the others in the dance department. She surprised us once, so we don’t see why she wouldn’t do it again.

What do you think: Are we spot-on with our predictions, or dreadfully wrong?