Who would have thought Billie Joe liked reality TV contests? Apparently, the Green Day rocker likes The Voice so much he’s joining the hit show. 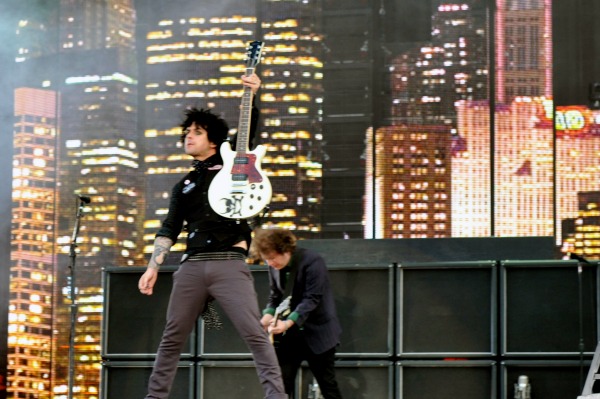 Green Day’s Billie Joe Armstrong is adding The Voice to his already full plate of projects, which includes three albums coming out by 2014.

The NBC talent show confirmed via tweet that the 40-year-old rocker is teaming up with Voice coach Christina Aguilera to advise aspiring artists.

“Welcome Billie Joe (@BJAofficial) to #TeamXtina!” the tweet read. “We are ready to rock out in Season 3.”

The Hollywood Reporter notes the vocalist and guitarist joins other big names as mentors during the third season — including Rob Thomas, Mary J. Blige and Michael Buble.

It helps to have such star power in an already “crowded” field of similar-format shows, like American Idol and X-Factor.

Idol and X have added Mariah Carey and Britney Spears, respectively, to no doubt stay relevant. And, certainly, these respective stars need all the help they can get in the relevancy department as well!

But Armstrong also indicated The Voice has an edge with viewers.

“It’s not molding artists,” he said in a statement published by the Associated Press. “It’s just giving them a little bit of guidance and direction without giving them a complete makeover.”

We shall see how the competition pans out for shows based around pitting wannabe stars against each other.

The Voice — one of the peacock network’s few hits — began taping Wednesday and will return in early September.