Conrad Murray said he knows Jackson is hurting and wants to answer her questions “before she departs this life.” 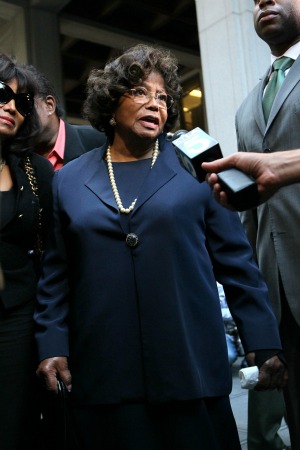 Today Conrad Murray reached out to the mother of the man he has been convicted of killing.

“I’ve been told that she has a desire to speak with me before she departs this life,” he said. “Seeing that she is up in age and in questionable health, and the fact that she is the mother of a very dear departed friend, it would give me great pleasure to sit with her one on one and answer any questions she might have.”

Murray was sentenced to four years in prison after being convicted of involuntary manslaughter in Jackson’s death.

“It would put her at peace,” he said to CNN. “I would do that truly out of concern for her and altruistic love and concern for others. I want to see her. I do not want Mrs. Jackson to suffer. She remains as dear to me as my own mother, unbeknownst to her.”

Murray added that he has added the Jackson matriarch to his visitor list in prison. According to CNN, he is expected to serve at least two years of his term in the Los Angeles County Jail.

Murray’s statement was prompted by the recent Jackson family dispute that has been in the news, even though he doesn’t know exactly what is going on.

“Although I am not permitted to see the news in jail, there are times when intermittent snippets are seen before a channel change occurs,” Murray said. “I recently saw Katherine Jackson in one of those snippets. She appeared to be extremely sad. I also heard she is having a difficult time.”

Murray added that he does not expect Jackson to accept his offer but he felt it was important to let her know he was willing to talk, in case she decided it was something she wants to do someday.