Russell Brand took a photographer’s phone and through it through a window back in March, and today, he found out his punishment. 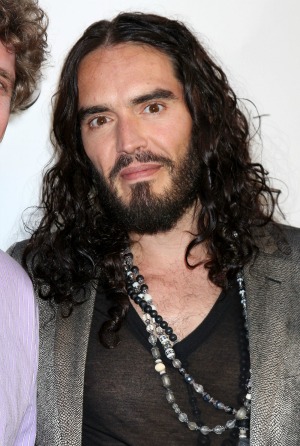 Back in March, Russell Brand was involved in a “confrontation with a photographer” while he was in New Orleans filming a movie.

Today, he was sentenced.

“Actor Russell Brand must perform 20 hours of community service and pay a $500 court fee to resolve a misdemeanor charge,” said Michael Kunzelman with the Associated Press.

The charge came from a “phone rage” incident where he took a paparazzo’s phone and through it through a window of a law firm.

“The alleged victim was in a group of photographers following Brand’s car on March 12,” said Tony Hicks with the Contra Costa Times. “A ‘highly irate’ Brand pulled over and confronted the unidentified man, reaching into his vehicle, according to a police report.”

The police report shows the photographer’s state of mind at the time of the cell phone incident.

“The victim believing that (Brand) was going to hit him in the groin … grabbed for the offender’s hand and a struggle ensued with the victim receiving a small cut on his finger,” according to the report. “The victim felt the offender pull something off his lap and suddenly realized that the offender had taken his cellphone.”

The Toronto Sun later reported that Brand had paid the $240 fee for the window but had not said whether he would pay for the phone.

“Brand turned himself in to police three days after his encounter with a man trying to take his picture,” said Hicks.

“Glass said that under a deal with the district attorney’s office, the case would be dismissed if the actor provides proof he has completed the service requirement by Aug. 31,” said Kunzelman.

He added that some of the community service may happen out of country but he assured that it would be completed.

Glass said that Brand intends to meet the community service by working with people suffering addictions.

“He’s a good guy,” Glass said, according to Hicks. “He was harassed.”