Michael Phelps is putting his foot down. Nobody is going to tell him what to do or where to be any longer… as soon as the 2012 Olympics are over, that is. 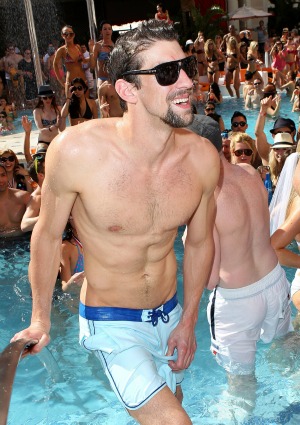 Michael Phelps‘ plans after the 2012 Olympics involve a whole lot of doing whatever the heck he wants. Looking forward to the day he’ll finally be done training to compete against the world’s greatest swimmers, the 27-year-old will finally get to be the boss of himself.

“I’m excited to relax! Not have to answer to anyone. Not have someone tell me where to go, when to go, what to do…” Michael Phelps told Us Weekly on Thursday of his post-Olympics plans.

Up first on the list of to-dos? Risk those precious limbs in a few other sports!

“This winter I want to try and snowboard and ski… I’ve never done that because I couldn’t get hurt,” the 14-time Olympic gold medalist said. “I knew if I got hurt it wouldn’t be good.”

The 2012 Olympics, which will begin with opening ceremony festivities on Friday, mark the last games Michael Phelps plans to compete in.

Michael Phelps got way “fat” after the Olympics, bro >>

One of the many set on dashing his dreams? Fellow swimmer Ryan Lochte.

“I’m not going for silver or bronze. I’m going for the gold,” said the competitor named most likely to beat Michael Phelps. Asked during an interview with Matt Lauer to write his own newspaper headline Lochte replied boldly, “Ryan Lochte takes over.”

“For me, swimming is everything,” the 27-year-old Floridian has said. “I could be having the worst day, but once I step foot in that pool everything just disappears. And I’m a very competitive athlete. I just love racing; I think that’s what keeps me going day to day in practice and going to swim meets.”

Who are you rooting for to win gold in London: Ryan Lochte or Michael Phelps?