After a Mister Rogers’ Neighborhood remix gained almost six million views in less than two months, PBS mashed up The Joy of Painting. 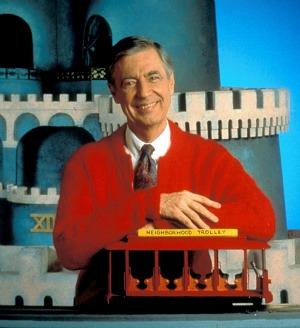 On June 7, PBS released a video mashup of one of their most beloved shows, Mister Rogers.

The mashup was, to put it lightly, very well-received. To date, the video has almost six million views on Youtube.

So, on the heels of the Rogers’ mashup success, PBS has created a video mashup of Bob Ross, and his show The Joy of Painting.

“The ‘Happy Painter’ remix is from John Boswell, who created the ‘Garden of Your Mind’ video tribute to Fred Rogers,” said the Associated press.

After being released this morning, Ross’s mashup video has received almost 100,000 views already.

“PBS, as VentureBeat writes, has been showing that it really gets the internet,’” said the Washington Post, “with a growing number of viral videos, from Cookie Monster’s spoof of the Carly Rae Jepsen hit ‘Call Me Maybe’ to a video mash-up/song using clips of the late Mister Rogers.”

“Can someone do a Bob Ross and Mr Rogers duo remix please? It’d be the double rainbow of PBS,” said one viewer.

Another viewer commented a comparison with Ross and a current musician. “This reminds me of Owl City. Bob Ross > Owl City,” the viewer wrote.

“This song is like a cure to depression,” said another. “I feel happy listening to this.”

There were very few negative comments of the hundreds that the video received in just one day.

“I’d actually put them on about the same level,” said a viewer. “Although I grew up more with Bob Ross than Mister Rogers, they are both unbelievably softspoken and sweet. They make me want to create and learn so much.”

Both hosts would probably be proud they still have an impact on their viewers so many years later.