After the tragic shooting at a Colorado movie theater, The Dark Knight Rises’ studio has decided to change the story for their upcoming gangster flick. 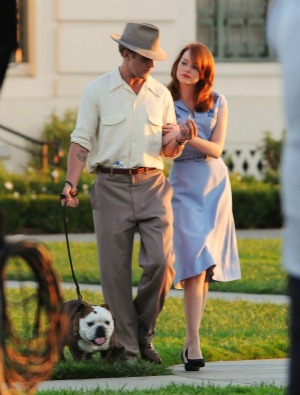 The scene they were worried about showed a shooting a movie theater, similar to what happened in the early morning hours of July 20in Aurora, Colorado. But now, they have decided to pull that scene, and others, out of the film altogether.

“Warner Bros. is moving the release of Gangster Squad to Jan. 11,” said The Hollywood Reporter, “postponing it from its scheduled Sept. 7 release date in order to accommodate reshoots because of a scene of a movie theater shoot-out in the completed film that became problematic in the wake of the Aurora, Colo. massacre.”

The January 11 date is so far pretty clear. The Paramount movie Hansel and Gretel: Witch Hunters is so far the only other movie slated to come out that day. The film stars Jeremy Renner and Gemma Arterton.

The preview was played before the midnight showing of The Dark Knight Rises, and “included a climactic gun that was filmed at Grauman’s Chinese Theater,” said The Hollywood Reporter.

The Hollywood Reporter has also said that since the shooting last Friday, Warner Bros. has been holding talks about how to change Gangster Squad. The film is about 1940s and 1950s Los Angeles. It follows the LAPD’s efforts to keep the Mafia out of their city and stars Emma Stone, Ryan Gosling, Giovanni Ribisi, Josh Brolin, Sean Penn, Nick Nolte and others.

“With the recent Colorado shooting still fresh in people’s minds, Gangster Squad screenwriter Will Beal is already busy at work re-writing the massacre scene to be placed somewhere else and not inside a movie theater,” said Fox News.

The new release date is to give the film time to re-write and re-shoot the scenes in question. It looks like it may be more than just the movie theater scene that will be different when it is finally released in January.