Today, a dark cloud hovers over ABC’s Grey’s Anatomy. The soapy medical drama is losing a member of its staff. It’s not Patrick Dempsey, it’s not Kevin McKidd but it is Eric Dane. 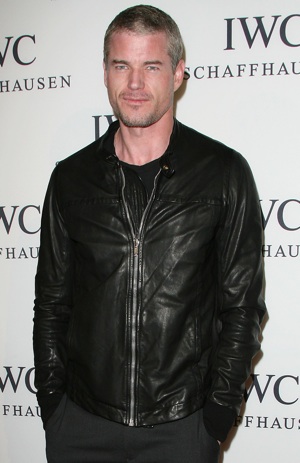 The cast of Grey’s Anatomy is shrinking by the minute. Last May, they lost series regular Chyler Leigh, after her character (Lexie) died from injuries in a plane crash. Now her former beau Eric Dane — aka Dr. Mark “McSteamy” Sloan — is also jumping ship.

After six years on the show, Dane is saying goodbye. The actor recently spoke to TVLine about his sudden departure.

“I am extremely grateful to everyone at Grey’s, ABC and Shondaland for the experience and memories I have had over the course of this run,” said Dane. “It has been wonderful to work alongside and learn from a creative force such as Shonda Rhimes.”

Speaking of Rhimes, she chimed in, stating, Dane “did not come to this decision lightly, but after much consideration and conversations, he and I have decided that this is the right time for his storyline to end.”

Dane is leaving to focus on new outside opportunities. His absence will definitely be felt as fans are still reeling from both Leigh and Kim Raver’s (Teddy) exits.

“We’re a big family here at Grey’s with a long history together and Eric will always remain an important part of our family,” Rhimes continued. “I wish him the best and I look forward to watching him as he continues to steam up the big and small screen.”

While starring on Grey’s, Dane appeared in several feature films including Marley & Me, Valentine’s Day (alongside co-star Patrick Dempsey) and Burlesque.

Are you sad to see Sloan go?