Liberty Ross discussed the hardships in her marriage to Snow White and the Huntsman director Rupert Sanders just two weeks before his affair with Kristen Stewart was revealed. What did she have to say? 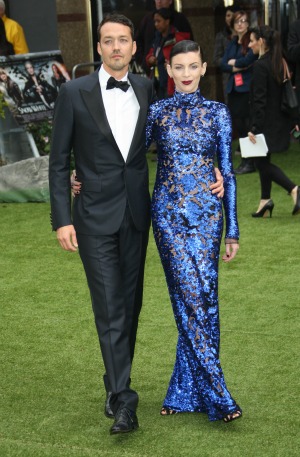 The wife of the man Kristen Stewart risked the ire of a zillion Twihards for is no stranger to marital strife. In an ill-timed interview, Liberty Ross told You magazine that she and director Rupert Sanders have endured plenty of hard times together, long before the Snow White and the Huntsman star ever came into the picture.

“I think that having been a model and so self-sufficient for those years, I was very ready to get married and have babies,” Ross told You in an excerpt published by The Daily Mail.

Kristen Stewart “so sorry” for cheating >>

“I romanticized domesticity for a while, and loved having a shopping list of groceries stuck to the fridge for the first time. But moving here (from London to LA) and starting a life all over again was a lot harder than I had anticipated.”

“I just didn’t think it would be as isolating and daunting as it turned out to be,” she explained. “I can honestly say that it took me five years to feel happy here.”

At the center of her unhappiness: Girlfriend was flat-out lonely.

“I would never say out loud that I am raising my children alone, but a lot of the time it has felt like that. I went from the glamour of working with Karl Lagerfeld and John Galliano to living on an isolated hilltop, with my husband gone most of the time.”

And then the death knell: “But that’s why everything feels so amazing now. We rode through the really hard times and we stuck it out…”

A celeb bragging about how great her relationship is in public is sure to mean disaster is imminent. Case in point: Two weeks later Kristen Stewart and Rupert Sanders were caught cheating.