Alfred Hitchcock is heading back to television. Next month, some of his best films including Psycho, Vertigo, The Birds and Rear Window will premiere on Encore Suspense as part of a birthday celebration. 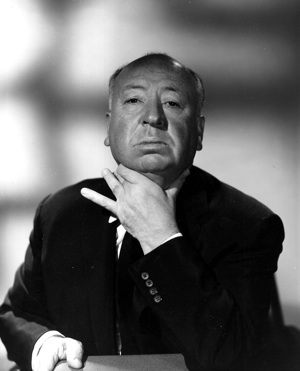 Aug. 13 will mark the 113th birthday of Sir Alfred Hitchcock. The director and overall Master of Suspense passed away in 1980, but his legacy lives on through his films.

In celebration of Hitchcock’s life, the cable network Encore Suspense will air 14 of his biggest thrillers. The event kicks off Aug. 1 with 1942’s Saboteur, which stars Priscilla Lane, Robert Cummings and Norman Lloyd.

Stop the presses! Hitchcock’s Rebecca is getting remade >>

Each night, Encore Suspense will gift you with a different feature that will leave you shaking in your boots. They’ll debut every evening at 8 p.m. ET/PT and continue to do so until the 13th. That’s when fans can experience a double feature of Vertigo and Hitchcock’s arguably most famous film — Psycho.

Just when you thought that was enough, there’s more. The network will also air 13 installments of the famous Alfred Hitchcock Hour. One episode is set to premiere after each film. If you’re a real fan of the director, you know the series is just as frightening as his films.

Be sure to check your local listings to find your Encore Suspense station.

What movie are you the most excited to see?