Robert Pattinson has reportedly moved out of the home he shared with girlfriend Kristen Stewart and is “heartbroken.” The drama continues… 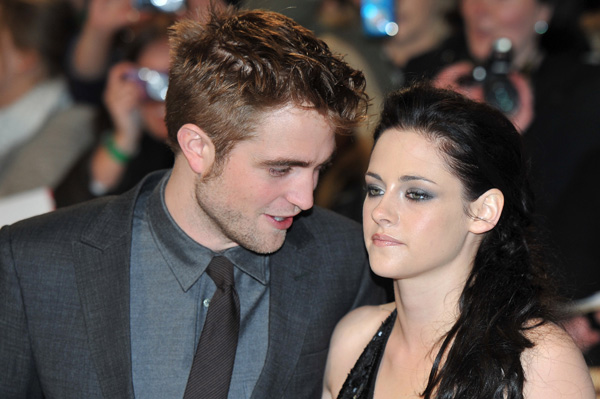 It’s too bad Alice Cullen isn’t a real person — she could have saved Robert Pattinson, aka Edward Cullen, a lot of heartache by foretelling girlfriend Kristen Stewart’s cheating. But, she’s not — and Pattinson had to learn about Stewart’s dalliances with her Snow White and the Huntsman boss Rupert Sanders through photos and her admission, just like we did.

RPatz’s response? He’s reportedly moved out of the home he shared with Stewart, according to People.

“I’m not sure they’ll be able to recover from this,” a source told the magazine of the couple, adding that he’s “heartbroken and angry.”

He’s also not taking her calls, according to HollywoodLife.com.

“Rob is not taking Kristen’s calls and he isn’t much of a texter as they don’t text each other. Not only has he left the house they share but he is leaving the situation all together cold turkey to have time to himself and deal with it on his own terms,” a source told the website. “He currently wants to be as far from Kristen symbolically and physically right now while he deals with what has happened.”

His reaction is not surprising — who wouldn’t be devastated that the person they loved cheated on them? It’s especially sad and weird since he just commented on the stupidity of cheating in a Vanity Fair interview.

“But there’s a thing I’ve never got: That is, why do people cheat?” he mused to the mag in April. “I can understand the impulse, but not how you can keep two relationships going at the same time for long.”

The answer: You can’t! It’ll all come out… eventually.