As of Thursday morning, a recall notice from a Chik-fil-A store in Texas had been shared nearly 19,000 times on Facebook. The fast-food chain’s decision to pull the Muppet toys from its kid’s meals came shortly before the Jim Henson Co. announced it would be pulling the toys anyway — and not over defects or safety concerns. 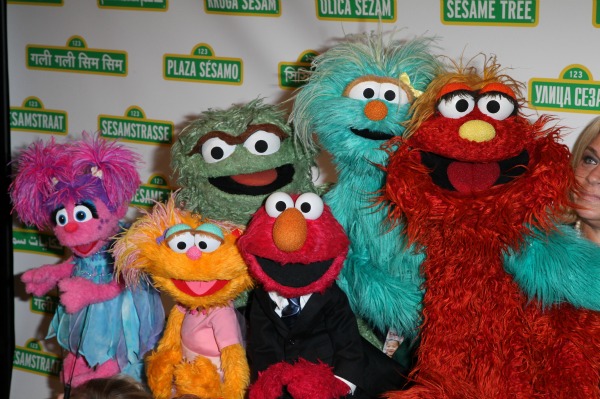 While Chik-fil-A insists the timing of the recall is nothing more than a “coincidence,” it’s naturally suspect. After all, the notice making its rounds online was dated July 19 — just one day before the Jim Henson Co. announced it was severing ties with the chain over its leadership’s stance on same-sex marriage.

“The Jim Henson Company has celebrated and embraced diversity and inclusiveness for over fifty years and we have notified Chick-Fil-A that we do not wish to partner with them on any future endeavors,” the company posted July 20 on its Facebook page.

The recall notice reads: “We apologize for any inconvenience but as of 7/19/2012 Chick-fil-A has voluntarily recalled all of the Jim Henson’s Creature Shop Puppet Kids Meal toys due to a possible safety issue.”

It goes on to say that, while there have not been any cases in which a child has actually been injured, there have been “some reports” of kids getting their fingers stuck in the holes of the puppets.

Apparently, this horrific threat wasn’t so horrific until right around the time that The Muppets company gave a very public kiss-off to the food chain over gay marriage.

Chick-fil-A has never hid its Christian values by any means. This time around, Bible-thumping President Dan Cathy is coming under fire for comments published July 16 in the Baptist Press.

“We are very much supportive of the family — the biblical definition of the family unit. We are a family-owned business, a family-led business, and we are married to our first wives,” he said. “We give God thanks for that… we know that it might not be popular with everyone, but thank the Lord, we live in a country where we can share our values and operate on biblical principles.”

The son of founder S. Truett Cathy later went on to repeat his stance to multiple outlets, including the Ken Coleman Show in Chick-fil-A’s home state of Georgia.

“I think we are inviting God’s judgment on our nation when we shake our fist at Him and say, ‘We know better than you as to what constitutes a marriage,’ and I pray God’s mercy on our generation that has such a prideful, arrogant attitude to think that we have the audacity to try to redefine what marriage is about,” Cathy said.

CNBC, by way of MSNBC’s The Last Word, insists there’s nothing to the peculiar timing.

“Please understand that this is simply a precautionary and voluntary recall by the Chick-fil-A chain,” the company told the network. “The timing is purely coincidental. Anyone representing anything else is offering a misleading and unfair claim.”

One heck of a coincidence indeed!

30 mins ago
by Louisa Ballhaus