The polygamous family featured on TLC’s Sister Wives challenged the laws that drove them out of their home state of Utah Wednesday in federal court. 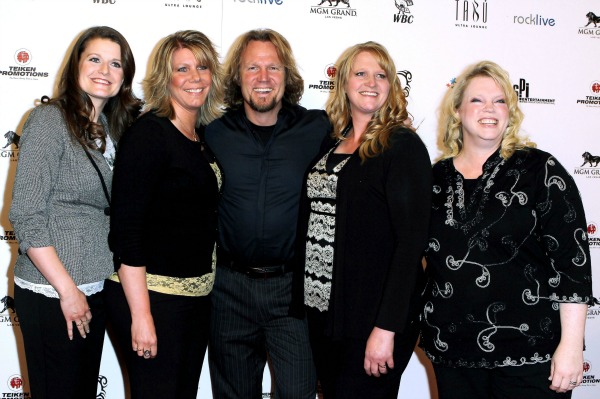 While Kody Brown and his four wives were not present, U.S. District Judge Clark Waddoups spent much of the 45-minute hearing grilling state prosecutors who are trying to block the case from moving forward.

The Associated Press reports that in Utah, just claiming to have more than one wife is a third-degree felony carrying a sentence of up to five years.

The Browns have sued the state and Utah County, where they lived before fleeing to Nevada, on the grounds that these laws attack their religious freedom.

The family of Sister Wives fame assert they practice polygamy as part of their belief system with the Apostolic United Brethren, a fundamentalist Mormon church.

They also say they won’t prosecute consenting adult polygamists — unless there is another crime involved.

That’s important because Utah County dropped criminal charges against the family. In turn, the County moved to have the lawsuit dismissed as “the Browns no longer have standing since they aren’t subject to prosecution,” according to the AP.

Judge: Reluctant to throw out case?

But Judge Waddoups appeared sympathetic to the Browns on Wednesday — going so far as to say the state and county policies were “simply a ruse to avoid having the issue reviewed.”

“What’s the policy reason behind this… that would give assurances that similar prosecutions will not be pursued in the future?” Waddoups asked. “What about the next couple?”

While state attorneys insist that the Browns and others won’t be prosecuted, the family’s attorney says otherwise — that the policies are not “legally binding.”

While the judge seemed reluctant to throw out the case, he hasn’t ruled on its fate just yet.

Decriminalizing polygamy would have implications for far more than the famous Browns and their brood of 17 kids; the AP reports there are “tens of thousands” of Mormon fundies practicing polygamy, and many call Utah home.