Look, we all know that Justin Bieber fans are, by and large, 12-year-old girls. It’s not like they’re actually going to carry out the threats they made on Twitter — to murder Drake Bell for insulting their beloved pop star. 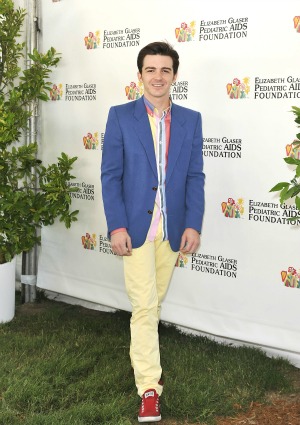 If you think you’ve had a hard month so far, try being actor Drake Bell. The Nickelodeon star has been told to “go die,” he’s been sent virtual knives and Beliebers have gone so far as to dream up ways to get rid of the 18-year-old’s body.

The madness started earlier this month when a tweet from Bell’s account suggested that artists like Katy Perry — virtual unknowns a few short years ago — shouldn’t already have biopics.

Of course, this is a jab at Part of Me — the movie documenting Perry’s tour.

He later suggested his account had been hacked, but not before he tweeted this: “I wouldn’t randomly bash @katyperry …. bieber however lol.”

Pretty tame, huh? We hardly think that comment is deserving of some of the following rage-filled tweets.

It’s one thing when a Belieber tweets this:

@DrakeBell You’re obviously jealous that girls don’t nickname your small penis like they do with the Bieberconda.

But it’s obviously quite another when someone tweets: “IF @DrakeBell DOESN’T SHUT THE F*** UP. pic.twitter.com/AJyRxAsR” and the accompanying photo features a large kitchen knife.

Another tweet suggested that Bell should be stoned and “then throw his body into the pit.”

Still other tweets directed Bell to: “Shoot yourself” and “GO DIE!”

No wonder the actor quipped: “I haven’t listened to much Justin Bieber but his songs must be full of hate and rage because that’s what his believers are filled with…”

He later virtually wagged his finger at parents, writing: “Parents need to read what their children are tweeting!! … bad parent bad parent.”