Katherine Jackson says her children didn’t kidnap her in a bid to steal their dead brother’s fortune — she just needed a vacation from those pesky grandkids. 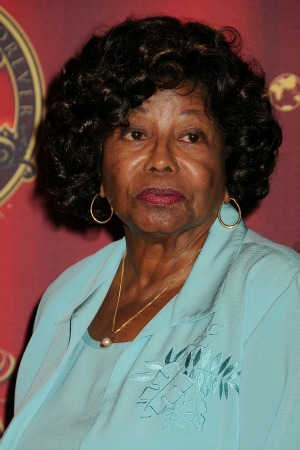 Was Katherine Jackson kidnapped by her own kids in a bid to seize the estate of her most famous son? Not exactly, she says.

The matriarch of one of the most drama-filled families in musical history called in to ABC News to give her side of the story, revealing exactly went down this week concerning her disappearance and the catfight between Janet and Paris. What Mrs. Jackson told the network? She just needed “a short vacation.”

“There are rumors going around about me that I have been kidnapped…. I am here today to let everybody know that I am good and fine,” the 82-year-old said.

“My children would never do anything to me like that. It’s very stupid for people to think that. But anyway, I am devastated that while I’ve been away, that my children, my grandchildren, have been taken away from me, and I’m coming home to see about that, also.”

Katherine, who called in from the exclusive Miraval Arizona Resort and Spa, confirmed that she did lose guardianship of Michael Jackson’s kids Paris, Prince and Blanket, to another one of her grandchildren, 34-year-old TJ Jackson.

“So I spoke to my grandson, TJ, last night, that I left there to be in charge of my children — and I never leave home without leaving them with instructions of who to stay there with them, the nanny and all of them — and someone had let go the cook, the nanny, and also the housekeepers,” she explained. “I don’t know who did that but they don’t have that power and they shouldn’t have done it.”

“And now, the people are saying they are there with nothing to eat. I am sure they have something to eat but it’s probably not healthy because the cook is not there.”

“And I told him it wasn’t necessary for him to go down and sign for guardianship. … I don’t know who instructed him to do that — but that’s what, but he wanted me to come home before that happened, but the ruling in court today was about the guardianship and I think it was based on a bunch of lies, but I have a good idea who’s doing that and who’s behind that…”

The question is, who?

It might be no coincidence that Joe Jackson left his home in Las Vegas and showed up in California shortly after all this went down.