A Lady Gaga doll was in the works, but the company producing it is now suing for millions claiming they were being stalled. 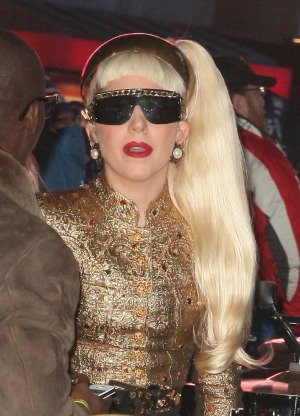 Everyone seems to want a piece of Lady Gaga these days. For one company, they had hoped that would include children (or at least grown-ups who play with dolls).

“A toy company is suing Lady Gaga for more than $10 million, claiming the pop star improperly backed out of a deal to make a doll in her likeness that would play snippets of her music,” said Associated Press.

On Tuesday, MGA Entertainment filed a suit in New York against Bravado International, the company who handles Gaga’s merchandising.

“MGA Entertainment says it paid a $1 million advance to the company that handles Gaga’s merchandising,” said the Associated Press, “and spent a mint racing to meet deadlines to ship the dolls this summer.”

According to the New York Daily News, Lady Gaga had requested a “voice sound chip” be removed from the doll.

“The toy maker says the plan was derailed in the spring when the merchandiser, Bravado International, abruptly balked at the part of the deal allowing the dolls to use the singer’s music, then tried to delay sales of the doll until next year,” said the Associated Press.

MGA is claiming that Gaga and Bravado “engaged in intentional and deliberate delays” so that the doll could not be released until 2013. They claim this was because that would coincide with the release of her new album and perfume, according to the New York Daily News.

But Gaga’s perfume is set to come out in August of this year.

This may have put MGA in a bad place with their retailers if they had given them a much earlier release date.

One of Lady Gaga’s representative said the lawsuit is “ill-conceived,” said the Associated Press.

No one has mentioned whether the lawsuit will affect the doll or if it is still slated to be released at all, or if this suit puts it in jeopardy.