Elton John admitted you should never judge someone until you meet them. When asked which president of the U.S. has done the most for AIDS prevention, John named a president he had previously spoken out against. 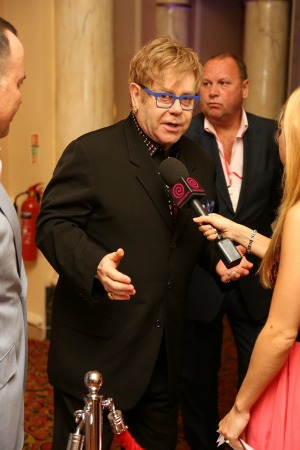 Elton John has never been shy about criticizing President George W. Bush, once calling him “the worst thing that ever happened to America,” according to Yahoo.

But it looks like he has been won over by the former president of the United States.

“Elton John, who has been a leading activist on AIDS issues since the 1980s,” said Yahoo, “gives President Bush credit for launching the President’s Emergency Plan for AIDS Relief a $15 billion program Bush signed into law in 2004 to provide treatment and prevention for millions of HIV-infected people in Africa.”

Elton John gave an interview to ABC News/Yahoo! Power Players series this week and talked about how he gained respect for the POTUS once he finally met him. In 2005, he found himself in the presence of Bush and his wife.

“At the Kennedy Center concert we spent some time in the intermission with the President, George Bush, and he was an amazingly informed about AIDS,” John said. “He treated us with such kindness. I had so much respect for him, especially when the PEPFAR thing was announced when he gave 15 billion dollars to AIDS. He knew what he was talking about.”

Before the event, John only knew what he had heard about President Bush.

“I wasn’t a big fan of his policies,” he said. “I was very against the Iraq war. So, you know, his policies didn’t sit well with mine. I didn’t like his policies but I have to say when I met him, I found him charming, I found him well informed and I found him determined to do something about the AIDS situation so I changed my opinion of him. And his wife was astonishingly kind to us well. I learned a lesson.”

John has been an outspoken advocate for the fight against AIDS, and on Monday he spoke to the International AIDS Conference. He talked about how in the 1970s and 80s he was at high-risk of contracting HIV and should be dead right now.

The singer also spoke about President Obama, and how happy he is with the policies he has established also.

“I have never met President Obama, but he revoked the law that you couldn’t get into America if you were HIV positive,” John said. “Don’t Ask, Don’t Tell- out the window. Gay marriage, in favor of- endorsed it.”