Both hosts have renewed their contracts showing they want to stay with Comedy Central long-term. 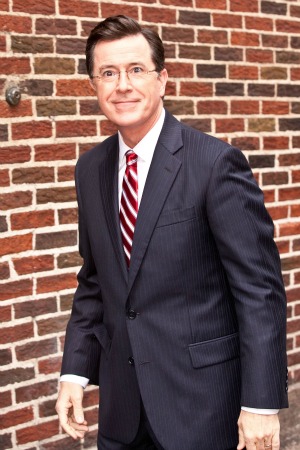 Comedy Central is keeping two of their biggest stars, for at least a couple more years.

“The network announced Wednesday that Jon Stewart has extended his contract to host The Daily Show through the middle of 2015,” said the Associated Press. “Stephen Colbert also signed an extension that takes him through the end of 2014 as host of The Colbert Report.”

Just last week, Stewart was making fun of the debacle Viacom found themselves in with DirecTV, but the renewed contract shows that despite his jokes, the company knows what they have in The Daily Show.

“The deals indicate that Mr. Stewart, whose show is the most watched of all late-night programming among viewers from the ages of 18 to 49, has no plans to step away soon,” said the New York Times. “[It] also takes Mr. Colbert off the market for at least two more years.”

Besides just ratings, the shows are making an impression on others as well. Just last week, each show received four Emmy nominations.

According to the New York Times, Stewart would not consider leaving Comedy Central for another network.

“Mr. Stewart has been so successful at Comedy Central that people close to him say they believe there is no longer any threat that he will be lured by another television outlet,” said the paper. “It is only a question of how long he wants to continue working on a nightly program.”

The New York Times also reports that Colbert’s decision to not look at other networks shows his commitment to Comedy Central. More importantly, the move also shows he wants The Colbert Report near The Daily Show.

According to the Associated Press, Colbert has hosted his show since 2005, and Stewart has been with The Daily Show since 1999. Both help produce and write their own shows. Stephen Colbert started as a correspondent on The Daily Show before starting The Colbert Report.