The Olympic committee has said they will not honor the athletes killed at the 1972 games, but Bob Costas will be holding a moment of silence anyway. 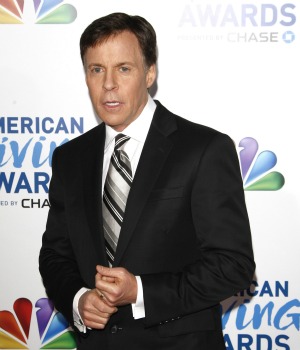 40 years ago, 11 Israeli athletes and coaches were taken hostage and then killed during an attack on the Olympic village. The attack took place during the 1972 Olympics in Munich.

The Olympic committee announced earlier they would not be honoring the athletes during this year’s opening ceremonies.

“The International Olympic Committee says the opening ceremony of the London Games isn’t a ‘fit’ setting to mark deaths of 11 Israeli athletes,” said the Los Angeles Times. “Those who disagree will defiantly stand as IOC chief Jacques Rogge speaks.”

Two of the widows of the attack have been lobbying the committee to do something, anything, in honor of their murdered husbands.

“If you believe that the 11 murdered athletes must be mentioned, stand for a spontaneous minute when the IOC president begins to speak,” the widow of slain Israeli weightlifter Yossef Romano said, according to the Los Angeles Times.

However, NBC announcer Bob Costas feels differently than the Olympic committee, and has said he will “stage his own minute of silence when the Israeli team marches into the Olympic Stadium during the broadcast,” said the Los Angeles Times. “That minute has not yet been endorsed by a network with a billion reasons not to upset the IOC, but at least Costas is trying.”

Bob Costas has been an Olympic commentator for at least eight Olympics games, starting in Barcelona in 1992.

“Costas told the Hollywood Reporter that he intends to note the International Olympic Committee’s decision when Israeli athletes enter the stadium Friday,” said the Associated Press. “[He] denied to talk about his plans in more detail, and an NBC Sports spokesman said Monday that production plans for the opening ceremony are still being finalized.”

The eleven Israelis were taken hostage and eventually killed by a Palestinian group during the 1972 games.

“The IOC says it’s too political to honor the Israelis, but it’s quite the opposite,” said New York Congressman Engel, according to the Los Angeles Times. “It’s political not to have the moment of silence. It’s a matter of decency.”

The 2005 movie Munich, starring Eric Bana and Daniel Craig, surrounded the events at the 1972 Olympics.