The rest of the internet might be furious with Kristen Stewart, but the beleaguered actress has at least one person on her side: Lady Gaga. 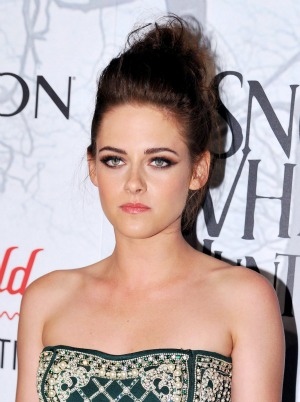 Twihards are shocked and appalled that their beloved Bella cheated on the world’s sparkliest vampire — er, we mean Kristen Stewart cheated on Robert Pattinson — with her Snow White and the Huntsman director, married father of two Rupert Sanders. The actress has at least one ally today though, and an unlikely one at that: Lady Gaga.

Superficially they may seem to orbit in completely different solar systems, but they are both huge stars and as such deal with the scrutiny of the press in similar ways — and that is something to which Gaga can totally relate.

Then there’s the other side of the coin, as CTV News reporter Stephanie Sherlock pointed out in her reply to the pop star’s missive.

“i hope rupert sanders’ wife is ok,” she wrote.

The wife in question is British model/actress Liberty Ross, who actually played Stewart’s mother in Snow White, shockingly enough. While the scorned woman had previously tweeted photos of Stewart and others at the film premiere, those messages were quickly removed after the news broke.

This morning, however, she sent just a single word — “Wow” — before shutting down her account altogether.

Both Stewart and Sanders have issued apologies for their naughty behavior. Robert Pattinson has yet to make a statement.