Victoria’s Secret beauty and swimwear designer Selita Ebanks allegedly went Naomi Campbell-ballistic on another model. What set her off? 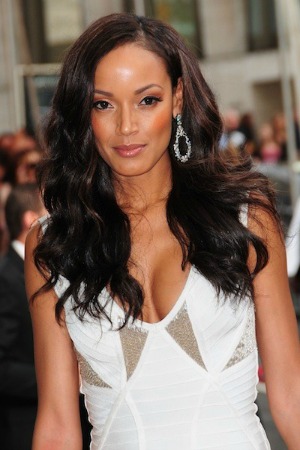 Model-designer Selita Ebanks is being sued over an alleged beat-down at a Miami nightclub last year, which left another model with a broken nose.

Telemundo beauty Liza Irizarry claims things went from “catwalk” to “Naomi Campbell-style catfight” after she greeted Selita’s beau, BET host Terrence J, with a kiss on the cheek at the Dream club in November.

“When she saw me, she said, ‘Don’t be kissing my man,’” Irizarry said of the Victoria’s Secret model, in an interview with New York Daily News. “I said to myself, ‘So what, that’s my friend.’ That’s when she hit me on the nose.

“I went to swing back — that’s when all her friends jumped in. I felt hair pulling and fists coming at me,” she continues.

Bleeding, a friend claims Irizarry went to the bathroom to clean herself up — but the New York City-born cover girl didn’t realize her nose was broken until the following morning.

“I was in so much pain,” Irizarry said. “My pillow was covered in blood.”

There was good reason for that supposed “pain;” a doctor later broke the news to her that she had a “complex nasal fracture and nasal obstruction,” which required surgery.

“I’m so angry, because she thinks she can get away with anything,” Irizarry said. “You shouldn’t be allowed to put your hands on anyone for no reason. Me saying hello to someone doesn’t give you the right to hit me.”

Selita’s lawyer, of course, if pooh-poohing the assault and battery claim.

“The claims are baseless,” Paul Rothenberg told the Daily News, pointing out what does seem like an obvious delay in taking legal action: “(The suit) is nine months old and completely without merit.”