A day after allegations surfaced that actress Liberty Ross’s Snow White co-star, Kristen Stewart, has been having an affair with her director-husband, the Brit’s tweets are making the rounds. And if screenshots from her Twitter account are true, these messages read just like a woman grappling with the pain and shock of infidelity. 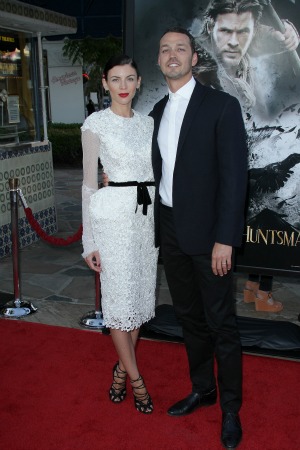 Yesterday, we all felt sorry for Robert Pattinson — after allegations surfaced that girlfriend Kristen Stewart had been cheating on him with British director Rupert Sanders.

Today, if the allegations are true, we are crushed for Liberty Ross.

The 33-year-old mother of two’s tweets are surfacing, and they reveal a woman grappling with mounting evidence of a husband’s infidelity.

But the Daily Mail, E! and several other outlets captured screenshots from when the Brit star’s account was formerly very active.

Back in May, E! reports Ross had blogged about the debut of Snow White & the Huntsman — the movie she starred in (and her “cheating” hubby directed) alongside none other than alleged mistress Ms. Stewart.

“Last night was quite a night for me and my family,” she wrote, following the worldwide premiere. “We have lived and breathed this project every day now for two years, so to release it to the world last night was extremely exciting.”

On July 4, all seemed well for the mother and her 41-year-old husband:  “We are getting some R&R on the north shore of O’ahu after a lengthy press tour for Snow White & The Huntsman,” she wrote. “It’s so beautiful here – we are staying in an artists house right out on a point with waves crashing either side of us.”

Then something else appears to have crashed in on the actress.

E! reports the last user she followed was Us Weekly, which ran a photo Tuesday of what appears to be the 22-year-old Stewart canoodling with her husband.

What followed, according to the Daily Mail, was a series of cryptic Twitter posts: