The last couple of days, we’ve been seeing headlines about how Katherine Jackson, who is guardian of Michael Jackson’s children, was missing. Then she wasn’t. Then she was. Now she has been “found” even though she was never officially lost. Here are a few other folks who have slipped off our radar, but are not missing. 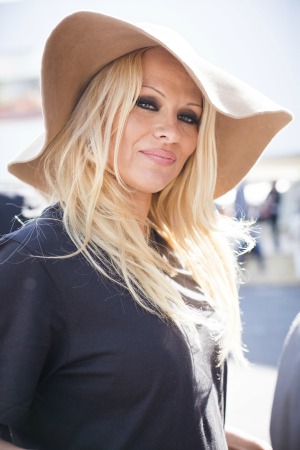 Where, oh, where did our tabloid princess go? Fear not, she is alive and sort of well performing inappropriate lap dances at steakhouses with her kids present. These days, the almost 45-year-old is making headlines mostly for intoxicated displays (referred to as “dancing”). Hep-C be damned! We haven’t seen much of Pam lately because she’s stepped out of the spotlight (for the most part) and is just leading a quiet life as a former sex symbol and mother to rocker Tommy Lee’s sons. Pam’s reportedly a very sweet girl, so we’d love to see her remake Tool Time. In the new version, she could profile all of the tools from her past and offer dating advice.

Remember America’s favorite mooch, sperm donor and Britney Spears ex? There was a day when he couldn’t father a kid without making headlines and now he’s virtually disappeared! The reality is, K-Fed actually got bigger, much bigger. Britney’s baby-daddy packed on the pounds and even had a heart-related health scare when he jump started a program to lose the weight. K-Fed got sick of people calling him K-Fat, and we are happy to report that the only thing he has lost is lots of weight.

This Hollywood favorite is never physically missing, but he is most often times mentally out to lunch. Whether his incoherent rants stem from a head injury, super-human brilliance or blatant manipulation is anyone’s guess. With quotes like “drinking your own blood is the paradigm of recycling” and “you know what ‘failing’ stands for? It stands for ‘finding an important lesson, inviting needed growth’,” Gary may be lost from time to time, but he’s never forgotten.

This former football star and suspected murderer is still in the big house. O.J. Simpson, who was never convicted of the murder of his ex-wife Nicole Brown and her friend Ronald Goldman, is now ironically locked up for his participation in some kidnapping/armed robbery caper in Las Vegas that we don’t care enough about to actually learn the specifics. Naturally, Simpson’s lawyers are filing appeals. No. Please no. Not another O.J. Simpson trial. The public can’t take it. This is one “celebrity” who is not only not missing, but not missed.

Remember the days when you couldn’t escape everything Paris? Her picture was everywhere, she cluttered up bookshelves with her Confessions of an Heiress attempt at literature, she cluttered up airwaves with her snarky show The Simple Life, and she penetrated our subconscious when everyone glommed onto her saying, “That’s hot.” She was like a pukey-pink virus we couldn’t get rid of. Those days are gone. Paris is still around of course, making the occasional headline for her ill-fated attempts at D.J.-ing or for getting pushed to the ground by photographers, but she is not the omnipresence she once was — proving the Celebrity Gods exist and are capable of great acts of mercy.