Sharon Osbourne is kicking America’s Got Talent to the curb after a five-year relationship — a move that blindsided NBC execs. To add salt to the wound, the AGT judge “dumped” the show via Twitter after Howard Stern allegedly “outed” her plans. But is Howard the reason Osbourne is leaving the show after six seasons? 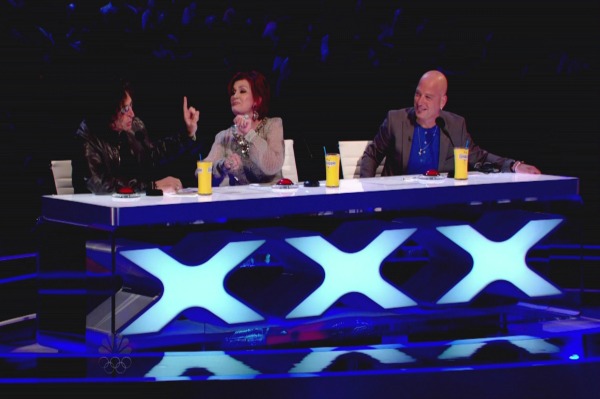 In her tweet, she addressed fellow judge Howard Stern — the newest addition to the AGT team.

“My darling @HowardStern, money is not the reason I’m not returning to @nbcagt, it’s because…,” the reality TV professional and wife of Ozzy tweeted, coyly.

The message, directed right at the shock jock, appears to be in response to a tweet Stern made the day before.

“#AGT update: @HowardStern isn’t sure if he’ll do another season and says Sharon Osbourne may not come back unless she gets more money #H100,” Stern wrote from his The Howard Stern Show account.

If NBC were a jilted lover, they would be watching Bridget Jones Diary with their head buried in a bucket of Ben and Jerry’s.

“This is coming out of context and sort of spontaneously, and we don’t even know what’s going on. And it’s probably much ado about nothing,” NBC Entertainment Chairman Robert Greenblatt told the Associated Press (and other outlets) during a meeting of the Television Critics Association on Tuesday.

Of course, tongues are wagging about the timing of Sharon’s departure. Is Howard to blame?

She’s been with the show for six of its seven seasons, after all.

Stern is the latest addition to the judge’s panel, which also includes comic Howie Mandel.

The network appears to have gone out of its way to accommodate Stern, going so far as to move production from L.A. to New York, according to the AP.