The nation is reeling from the deadly rampage at a mall theater that left 12 dead and dozens more injured during a midnight showing of The Dark Knight Rises. 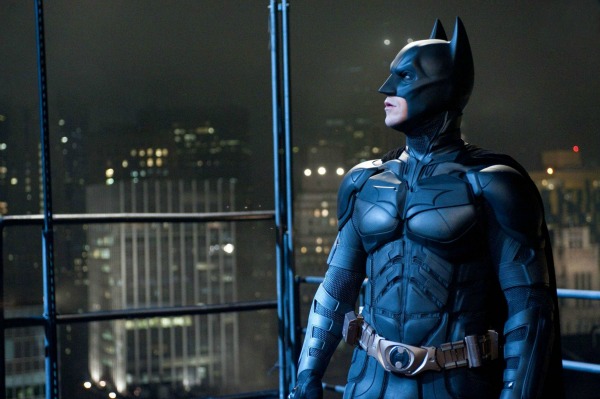 Before there was Colorado, there was Westroads Mall in Omaha, Nebraska.

On the afternoon of Dec. 5, 2007, 19-year-old Robert Hawkins stepped off the elevator and on to the third floor of the Von Maur department store. Inexplicably, he opened fire.

In 90 to 120 seconds, Hawkins struck a dozen people before turning the gun on himself, taking six lives immediately, with two more victims dying from their injuries on the way to hospitals.

Of the eight innocent lives extinguished by Hawkins that day, six were employees who worked at the mall that Jim Sadler still manages.

“We had something taken from us on that day, and it’s something we will never forget, and the whole community shared in it,” the Westroads Mall General Manager said. “It was truly devastating.”

For the next 48 hours, as Sadler went into crisis mode – dealing not only with shaken employees but the 20 to 30 live trucks representing media from around the world – the Omahan would not see his family. He returned home long enough to take a shower, and then he was back at it – tending to a community of 3,000 merchants and associates within the bigger community of Omaha.

“It probably was a good week and a half, almost two weeks, before I even took time off away from work,” he said.

After even the local media trucks had cleared, the real hard part began: Trying to get back to normal.

“For months afterwards, I would just go and talk to the employees in the mall, and the merchants and the salespeople, and we would just cry – because we couldn’t help it,” Sadler said.

A “club” no one wants to belong to

Until Friday, Sadler and his Westroads family had survived what was the deadliest retail shooting of its kind.

But the industry vet is waiting, for now, to reach out to Town Center at Aurora, the Denver-area mall home to the Century 16 movie theater where 24-year-old James Holmes, like Hawkins before him, gunned down strangers who were just going about their lives.

“If they need anything, we will give them any support that we can,” Sadler said. “But they have more going on right now than they can handle, with all the press and all the calls.”

As a member of this “club” that no one wants to belong to, Sadler knows; he remembers getting calls from well-wishers throughout the country, and from as far away as Australia and South America.

And that says nothing of the layered support system in place, boasting everyone from managers and crisis people with General Growth Properties, to city of Omaha leadership and the broader metro – residents who, singularly, can still recall exactly what they were doing the day the terrible news broke.

“Omaha just wrapped its arms around us and protected us,” Sadler said.

At first, Sadler admits, it was hard to feel protected or safe.

When he was out in a busy place, he found himself looking at the exits, feeling anxious and vulnerable.

“I thought, ‘I can’t live my life like this,’” Sadler said, adding that he had to tell himself: “I’m here in the middle of a store with thousands of people, and all of these people are good people – I’m not going to let one individual or such a small portion of the population control the way I live my life.”

The reality is – while it’s a long shot – it can happen to you. And he indicated, even with the best-laid plans, you may not have time to react to or prevent the worst.

“One thing that always irritates me, and it almost shocks me, whenever I see an event like this, one of the things you can always count on somebody saying is, ‘I can’t believe it happened here,’” Sadler said. “It can really happen anywhere.”

Sure, Sadler suggests you be aware of your surroundings – don’t be afraid to report anything or anyone that seems out of the ordinary.

“What’s the worst thing that may happen – you might offend somebody?” he quipped.

“But you’re certainly not going to prevent 100 percent of these things from happening,” Sadler continues. “We need to get to a better understanding of what makes people do this.”

Until then, don’t live in fear.

“You need to put your trust in your fellow man,” Sadler said. “There may be a few deranged and damaged people out there, but [by and large] people are good and do the right things and make the right choices.”

Even in what was the “worst part” of his life, the best in people came through in the end.

“We got to see the ultimate evil on that day, and we were completely blessed by seeing the ultimate goodness that a community can bring out of it,” Sadler said.