DC Comics has asked their retailers to hold off on the release of the new Batman Comic, for “grim imagery” after the tragedy in Colorado last week. 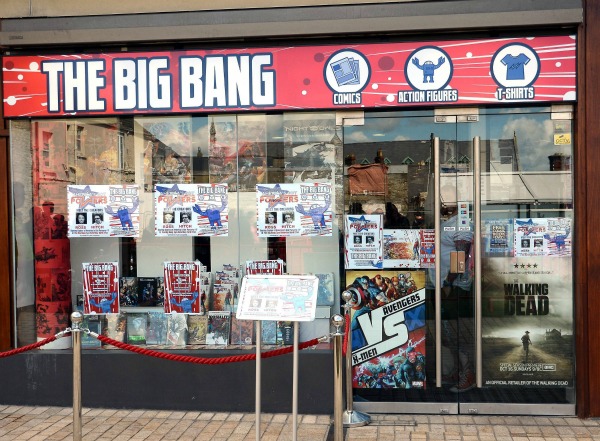 DC Comics is speaking out about the Colorado shooting and has asked their retailers to postpone sales of a Batman comic out of respect for the victims.

“In an email sent to shops on Monday, DC Entertainment wrote that it had decided to postpone the release of Batman, Incorporated No. 3 because the comic contains content that may be perceived as insensitive in light of recent events,’” said the Associated Press.

Associated Press also reports that the email from DC Comics did not disclose the content of the comic. It was written by Grant Morrison and illustrated by Chris Burnham.

“On Twitter, Burnham wrote that the issue would be delayed for ‘some grim imagery that would see wholly inappropriate given the Aurora killings,’” according to AP.

Burnham continued by saying, “It’s not just a Batman comic with guns in it. There’s a specific scene that made DC & the whole Bat-team say ‘Yikes.’ Too close for comfort.”

The alleged attacker in the Colorado shooting appeared in court yesterday for the first time. When arrested, he was found with red-dyed hair and claimed he was the Joker.

The comic will not be unavailable forever. DC Comics has asked the retailers to wait to release the issue available only until Aug. 22. And, it sounds like it is up to each individual retailer to decide whether they will listen to the postponement, or not. Warner Bros, the studio that released The Dark Knight Rises, has pulled some ads for the movie as well as holding back box office numbers over the weekend.

“Please do not make this issue available at this time. Please hold the copies,” the email read, according to the Associated Press.

The comic book company will also be postponing digital editions of the issue, presumably also to be released on Aug. 22.

Associated Press tried to contact DC Entertainment regarding the subject but the company is not talking about the issue.