Singer Ne-Yo has admitted he gave up a role playing the civil rights leader to focus on his album, and the body he has worked so hard for. 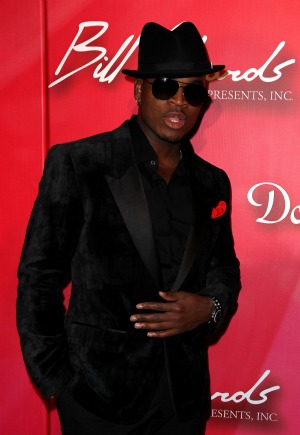 It looks like Ne-Yo may have turned down a very prestigious acting role to protect his health and his music.

“Ne-Yo made a difficult decision to pass on playing the part of Martin Luther King, Jr. in a new movie due to a 30-pound weight gain required for the role,” said The Boombox.  “Britain’s Sunday Mirror reports the “Let Me Love You” crooner chose to reject the prestigious part in order to focus on his forthcoming music endeavors like his R.E.D. album, due in September.”

Ne-Yo said that he has spent a lot of effort and time at the gym to get in the shape he is in and he doesn’t want to have to give that up. 30 pounds would be quite a sacrifice for the body he has worked hard for.

“They wanted to start shooting at the time my album R.E.D. comes out and wanted me to gain 30 pounds, so I couldn’t do it,” Ne-Yo said, according to The Boombox. “I’m kicking myself but acting can’t take the place of my music. Plus, I’ve been killing myself in the gym for months preparing for this album because I wanted a complete makeover.”

Ne-Yo has, in recent years, made his appearance in Hollywood. He recently starred in Battle: Los Angeles and Red Tails, and has long talked about his love of acting and how he would like to do more.

“I definitely want to do more acting but it’s got to make sense with the music,” he said. “I recently had to turn down an amazing opportunity to be in a movie playing Martin Luther King.”

According to PopCrush, the album name is an acronym for “Realizing Every Dream.” “[The album] features the singles ‘Lazy Love’ and ‘Let Me Love You (Until You Learn to Love Yourself).’”

If all goes well, it should be released Sept. 18.