NBC has big changes in store for the fall season, but they also plan to fall back on some staples. 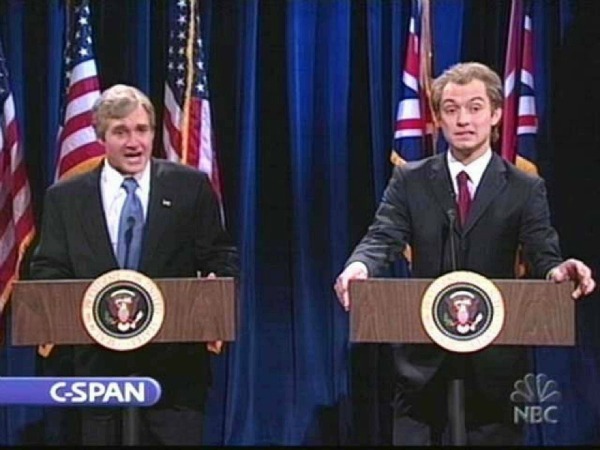 Just in time for November, Saturday Night Live will be running specials spoofing the elections.

The show’s 38th season will begin the weekend prior to the first special, on Sept. 15.

Cast member Jason Sudeikis has been portraying Mitt Romney on the show, but since he has been hinting that he will not be coming back this season, no announcement has been made on whether he will come back for those specials.

NBC has a page up for SNL‘s election headquarters, but the candidates are still listed as Hillary Clinton, Barack Obama and Senator John McCain.

NBC’s new season is lining up well. Today they announced that Community may have some hope of being renewed if their new Friday time slot works out. They originally had only been renewed for a 13-episode season starting in fall.

After the new season, they will be losing shows such as 30 Rock, leaving space for many new shows on the network. 30 Rock, Parks and Recreation and Community were all given shortened seasons and will not start until October.

Matthew Perry’s Move On joins NBC as well as Animal Practice. NBC is carrying the Olympics which they hope will gain them higher summer ratings. They will be premiering what is now an NBC staple, The Voice, in a two-hour show in September.